What is the world's fourth oldest major film studio?

Universal Studios Inc. (also known as Universal Pictures, or simply Universal) is an American film studio, owned by Comcast through its wholly owned subsidiary NBCUniversal, and is one of Hollywood's "Big Six" film studios. Its production studios are at 100 Universal City Plaza Drive in Universal City, California. Distribution and other corporate offices are in New York City. Universal Studios is a member of the Motion Picture Association of America. Universal was founded in 1912 by the German Carl Laemmle, Mark Dintenfass, Charles O. Baumann, Adam Kessel, Pat Powers, William Swanson, David Horsley, Robert H. Cochrane, and Jules Brulatour. Universal is the world's fourth oldest major film studio, after the renowned French studios Gaumont and Pathé, and the Danish Nordisk Film company.

Ron Stonier
I may be limited in my knowledge, but I found this to be a particularly unusual question. Why would someone know this or even care?

Steve Braccini
The author chose to ignore Titanus, the second oldest film studio in the world and, unarguably, responsible for the most important films in Italian film history. That would make Universal at least fifth in line. Disappointing! 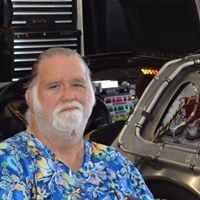 Louella Wilson
What is defined as &quot;major&quot;? Inane question.

Anita Clark Morton
Ron Stonier, I&#39;m not saying I&#39;m too interested in Universal. But there are a LOT of questions I don&#39;t care about. Specifically, I HATED Science (and anything to do with it) in School. I&#39;ve never changed in all the years since. But it&#39;s called trivia.

rkcorrigan
The explanation is detailed and complete but the format is flawed. The last sentence should be the first sentence. Answer the question and then provide the background. Christine Kiroff-Klopp
I had no clue. I guessed and bingo!!

Ken Murray
Don’t worry everyone. The 95%+ brigade will have no problem with this one.

dick aspel
As inane a question as they come.