What is this called?

The stethoscope is an acoustic medical device for auscultation, or listening to the internal sounds of an animal or human body. It is often used to listen to lung and heart sounds. It is also used to listen to intestines and blood flow in arteries and veins. In combination with a sphygmomanometer, it is commonly used for measurements of blood pressure. Less commonly, "mechanic's stethoscopes" are used to listen to internal sounds made by machines, such as diagnosing a malfunctioning automobile engine by listening to the sounds of its internal parts. Stethoscopes can also be used to check scientific vacuum chambers for leaks, and for various other small-scale acoustic monitoring tasks. A stethoscope that intensifies auscultatory sounds is called phonendoscope.

miladg
This is a very fun &amp; interesting game, at least my brain is still working, for a retired person &amp; disabled person like me. T.Y.

billysmom
Got it. Never been a doctor or a nurse, but I&#39;ve been to see a lot of them since I&#39;ve gotten older. Irka Venus Pietlicki I
Got it.!

kathyrobertson
Yes 👍I believe I did

Caroline Wolter Hall
AB, You have no life of your own - do you? Why are you so vicious and mean in this forum? You must have seething hatred and anger in your innards. Why don&#39;t you get counselling, learn to love yourself, and then you may find true love. Anunciada Cristiano
Got it

randowilly
i make a to fast pick in this! didn&#39;t look closely at the answers Mariela Pinzon
Got it Phyllis Scarlett
Got it

Darlene Yarbrough
Lol. I knew this. BC i hace one ..being in the nursing flild for year, requide me to have one.thank youvery much.l 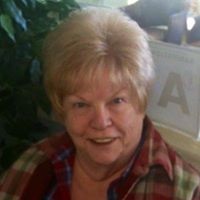 Scottie Moore
Got it

shootit
My stylus slipped! I know it&#39;s a stethoscope. 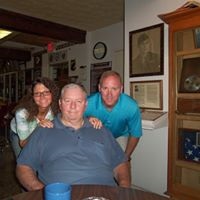 John Grubb
I see this at the V.A. once a year!!
Author:
shari
Writer