Erwin Johannes Eugen Rommel, popularly known as the Desert Fox, was a German field marshal of World War II. He earned the respect of both his own troops and his enemies.

Rommel was a highly decorated officer in World War I and was awarded the Pour le Mérite for his actions on the Italian Front. In 1937 he published his classic book on military tactics, Infantry Attacks, drawing on his experiences from World War I. In World War II, he distinguished himself as the commander of the 7th Panzer Division during the 1940 invasion of France. His leadership of German and Italian forces in the North African campaign established his reputation as one of the most able tank commanders of the war, and earned him the nickname der Wüstenfuchs, "the Desert Fox". Among his British adversaries he earned a strong reputation for chivalry, and the North African campaign has often been called a "war without hate". He later commanded the German forces opposing the Allied cross-channel invasion of Normandy in June 1944.

skullfire
Wrong answer, this question should be removed immediately.

Richard D. Boyle
Rommel was afforded the courtesy of allowing him to commit suicide rather than face a firing squad for his part in an unsuccessful attempt to assassinate Hitler during the latter stages of WW II. As a result, he has been historically considered to be one of the few “good Nazis” who despised Hitler and wanted him dead. Allan Dowton
The answer is wrong!

John W Shreve
Whether Johannes or Erwin, thanks for the great explanation.

Roland Martin Sr.
His first name is Johannes, name given at birth. Not Erwin which is the name he was commonly known as.

Robert Henderson
In this anti-religious age when what used to be Christian names became first names, all of the answers except Wolfgang were correct. However, if it had been phrased by what name was he known then Erwin would have been correct. 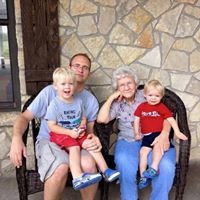 Ruth Mitchell
drmaldonado, yes it is ! Rob Deamer
That’s his second name. I had a question refused because of disputed punctuation.. what a joke .,?!’

Playermiguel
No mention how he died

Richard D. Boyle
He went by Erwin and the history books all refer to him as Erwin not Johannes regardless of which came first. It’s not unusual for someone to use and be known by a middle name for a variety of reasons. Even so, the question should be clarified to make Erwin the correct response.
Author:
teridavisnewman
Writer