What kind of drink is Galliano?

Galliano is a sweet herbal liqueur, created in 1896 by Italian distiller and brandy producer Arturo Vaccari of Livorno, Tuscany and named after Giuseppe Galliano, an Italian officer of the Royal Italian Army of the First Italo-Ethiopian War.

Galliano is sweet with vanilla-anise flavour and subtle citrus and woodsy herbal undernotes. The vanilla top note differentiates Galliano from other anise-flavoured liqueurs such as anisette, ouzo, sambuca, and Pernod.

Galliano is used both as a digestif and as an ingredient for cocktails. Galliano has numerous natural ingredients including star anise, Mediterranean anise, juniper berry, musk yarrow, lavender, peppermint, cinnamon, and Galliano's hallmark vanilla flavour.

Neutral alcohol is infused with the pressings from the herbs except for the vanilla. The liquid is distilled and then infused with separately pressed vanilla. In the final stage, distilled water, refined sugar and pure neutral alcohol are blended with the base. The original blend is formulated at 84.6 proof (42.3% by volume), while a blend with a more prominent taste of vanilla is produced at 60 proof (30% by volume). There was also a period where 80 proof (40% alcohol by volume) was produced. Howard Groopman
Used to buy it decades ago to make Harvey Wallbangers. Simply add a splash to a screwdriver, vodka and OJ.

Monty Mathias
Pamela Miller Meerbrey, I&#39;ve had one too many of those in my day.

Corey Taylor
A little Plaster Of Paris mixed in with your vodka, OJ, and Galliano, and you&#39;ve got a Harvey Dry-Wallbanger!

Louise C.
Howard Groopman, I did not know that screwdrivers were used in Cocktails, no doubt it would be a very interesting taste and texture. 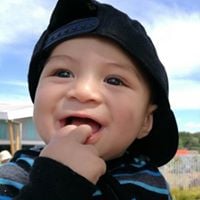 Dominique
My fave, of course I wasn&#39;t going to miss this one

Bob Gorby
And it’s So galliant!

L Lh Adams
Not a drinker,so no idea.

catmom
I like anise flavoured liquors but I never liked Galliano.