What language did Franz Kafka write in?

Franz Kafka (3 July 1883 – 3 June 1924) was a German-language writer of novels and short stories who is widely regarded as one of the major figures of 20th-century literature. His work, which fuses elements of realism and the fantastic, typically features isolated protagonists faced by bizarre or surrealistic predicaments and incomprehensible social-bureaucratic powers, and has been interpreted as exploring themes of alienation, existential anxiety, guilt, and absurdity. His best known works include "Die Verwandlung" ("The Metamorphosis"), Der Process (The Trial), and Das Schloss (The Castle). The term Kafkaesque has entered the English language to describe situations like those in his writing.

Denise Currie
Although he was German he also wrote and spoke in Czech, so two correct answers there and I chose the wrong one. I have disliked and reported this, misleading options

catmom
To Karen Mulhollem -- Yiddish is the spoken language. 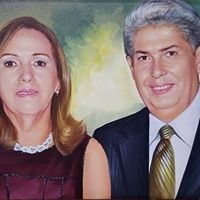 Jorge Trejos
German was the language of instruction, but Kafka also spoke and wrote in Czech.

Janette Will
Can’t seem to get anything right today 🥴

John Davies
He wrote in both Frank Kane
No, folks, it&#39;s correct. Kafka was a Bohemian Czech whose mother tongue was Czech, but he wrote in German. As did all who wished to get on in society.

joan musicmasters
The answer is incorrect. Kafka wrote in Czech.

Mr.LaFaye
Kafka grew up in Prague as a German-speaking Jew. (3) German was the Kafka&#39;s language of instruction in school. But, Kafka also spoke and wrote in Czech. He studied Czech at the gymnasium for eight years, achieving good grades. What language did Kafka write in? - Quora https://www.quora.com/What-language-did-Kafka-write-in

Karen Mulhollem
Why did he write in German if he was Yiddish?

Donna R. O&#39;Brien Moran
This question is misleading. Kafka also SPOKE AND WROTE IN CZECH! Any person who picked Czech should also receive the points. PLEASE GIVE ME MY POINTS. This situation happens way too often. Please check the questions that people are submitting. Thank you.