What nationality was the 19th century actress and dancer Lola Montez, who became the mistress of King Ludwig I of Bavaria?

Marie Dolores Eliza Rosanna Gilbert was born on 17 February 1821 in Grange, County Sligo, Ireland. She was better known by the stage name Lola Montez. She was an Irish dancer and actress who became famous as a "Spanish dancer", courtesan, and mistress of King Ludwig I of Bavaria, who made her Countess of Landsfeld. She used her influence to institute liberal reforms. At the start of the Revolutions of 1848 in the German states, she was forced to flee. She proceeded to the United States via Switzerland, France and London, returning to her work as an entertainer and lecturer. 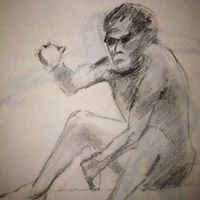 ninakamwene
Irish! I said Spanish because of the name.

janwano
Liked to learn about her

Spc Kook Dude
I can dance ever better than any woman! We just won a drag trophy.

Carl Belken
There is a section in Quizz Club where you can pay to have them removed for a few weeks. Myself, I used a free ad blocker that worked pretty well. The problem with that was it would sometimes block a pop up that I needed to see on other sites.

Karen Mulhollem
I picked the odd one! Chris Braid
Got this thanks to George McDonald Fraser&#39;s Flashman books.

Paul Backus
Decided to go with the odd one and got it correct.

Claire Mitchell
Good question. I also was in King Ludwig’s Castle in Bavaria. Jude P
I knew that from one of the Flashman books.

John McLardie
Knew she was Irish - but God knows where I picked it up. 😊
Author:
Stevie G
Writer