What particular role in recent South African history was played by Christo Brand?

This is a remarkable story of reconciliation and friendship. The two men first met in 1978 when the 19-year old Brand was first sent to Robben Island to guard Mandela, then 60 years old.

He was impressed by the grace and dignity that Mandela showed when performing the most menial tasks, and after initially exchanging a few courtesies, the men forged an unlikely friendship.

Technically they weren't even allowed to converse with each other, but soon found ways round this! They became so close that Brand even broke the rules and risked dismissal or even being imprisoned himself by helping his then wife Winnie smuggle their grandchild, a babe in arms, into the prison.

Mandela came to consider Brand as a member of his extended family, right up until his death in 2013. 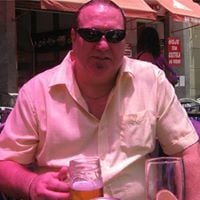 Paul Salafia
Try and find an American Screw who’d have done something like this! You’d be better off using your shoe laces as spaghetti!

deborahpmercer
Hi, Deb who set the question here, great to see it&#39;s published. I know some will comment adversely on the Info link and I generally hate the Daily Fail with a passion but couldn&#39;t find another that had as much content. Sorry!
Author:
deborahpmercer
Writer