New England Patriots quarterback Tom Brady replaced team's starting quarterback Drew Bledsoe, during the 2001 season. Bledsoe suffered an injury in a game against the New York Jets after which Brady took over.

During his second game of the 2001 season, Bledsoe was hit by New York Jets linebacker Mo Lewis suffering a chest injury. An apparent blood vessel tear.

Replacing Bledsoe, pro quarterback Tom Brady led the Patriots to a Super Bowl championship. As controversial as this incident is, Bledsoe never recovered in time to compete for his starting job. Tom Brady, had completely taken over as starting quarterback a situation Bledsoe did not appreciate.

Jenny Devereaux
How the hell are the rest of the world expected to know this.

skullfire
From the U.S. to the rest of the world, we didn&#39;t care about this question either.

carlthedad
Drew was as great a quarterback as Tom until he went down with a shoulder engery in the playoff game against Pittsburgh in 2001. 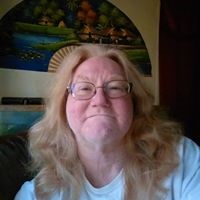 spencerhannah
Corey Taylor, What has this to do with 9/11? No basis for being America&#39;s team!

Ed Taber
I watched a Australian Football game once. Didn&#39;t have a clue what they were doing but was really impressed that all the players were educated professional people. The guys in white hats and blue blazers that designated a score were rather stilted.

Cheryl Perkins
Didn&#39;t have a clue about American Grid Iron so just picked the first name and it was correct

Corey Taylor
God Bless the Patriots. How can people not think of them as America&#39;s Team when they were the first team to win the Super Bowl in the wake of 9/11?

Janette Will
No idea about American Football it is all a mystery to me. Michael B J Hall
nfl questions would be fine by me