What state is known as the equality state?

Wyoming is also known by the name of the "Equality State" because the women rights have always been respected here. The women of Wyoming were the first ones to vote, hold public office and serve on juries.

Wyoming also became the first government in the whole world to give its women "female suffrage". In 1869 a bill granting women the right to vote was enacted, and on the 10th of December it was signed into law.

Ester Hobart Morris was the first woman Justice of the Peace in the USA. A mother of three boys, she began her tenure as justice in South Pass City, Wyoming, on the 14th of February, 1870, serving a term of less than nine months

The first US woman to vote in a general election was Mrs. Louisa Swain of Laramie. She cast her ballot on the 6th of September, 1870.

Have you ever known about that? What do you think about this history fact? Share your opinion with us in the comments below! 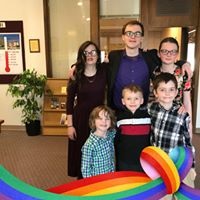 Lucy Shupe
I see by willialrlaughlin that American history is something he must have missed. Let me explain to you why my home state is called the “Equaility State”. In 1869 Wyoming was made a territory,with their eyes toward statehood,knew they lacked the votes,so they gave women were given that right. Esther Hobart Morris was the first Justice of Peace,guess where Wyoming. We also had the first women Governor. Women served on juries here before they did in other states. So may be that’s why our motto is the “Equality State”. Does that help. Oh yea while women in New York and Chicago were being treat like second class citizens women in Wyoming were running ranches,teaching,and voting.

William Laughlin
Can you say that again in English? And what does this have to do with Wyoming being called the Equality State?

Caroline Cannon
GOT IT.

deeallen
I didn&#39;t know this history of Wyoming. Very interesting. Thanks.

Carroll Price
Trivia participates should be smart enough to figure out that Tesla is an Ai computer.

Joanne Serin
That&#39;s where Matthew Shephard was killed. Some equality!

Lynne Zeman
Alicia Szot, Telsa may repeat the answer in her comments but that may be her/his was of ingraining the knowledge. We all have our idiosyncrasies. Let her be. Your criticism is not useful contribution.

Alicia Szot
tesla alset, do you seriously just like seeing your comments in print? You really have nothing useful to contribute.

Jean Stulcke
That was surprising to me since the place is full of cowboys.

Michael Doherty
Just curious, when did Wyoming give Native Americans and African Americans the right to vote?

Paul Backus
What is confusing? First state to enfranchise woman, and first state to send a woman to Congress.

Marcella Kosse
I was raised in the Midwest, but knew Wyoming wa called the Equality State because they were so far ahead of any other state in the unionist that capacity. John Ewald
a real misnomer for sure Theresa Hogg
I did not know Wy.was called the &quot;Equality State&quot;. Cool to now know and why.. KUDOS WYOMING!!
Author:
blkstang
Writer