What team was the first American team to win the Stanley Cup?

The Seattle Metropolitans were a professional ice hockey team based in Seattle, Washington which played in the Pacific Coast Hockey Association from 1915 to 1924. During their nine seasons, the Mets were the PCHA's most successful franchise; their 112-96 overall record better than second place Vancouver's 109-97 record. The Mets won five PCHA Championships to Vancouver's four with Seattle finishing second on three other occasions. The Metropolitans made seven postseason appearances in their nine seasons, playing for the Stanley Cup three times between 1916-17 and 1919-20.

The Mets won the Stanley Cup in 1917, tied for the Cup in 1919 and lost in five games in 1920. The inspiring story of the Mets' 1917 championship, making Seattle the first American team to win the Cup, was chronicled in the 2019 book, When It Mattered Most. Seattle's Stanley Cup championship occurred eleven years before the New York Rangers became the NHL's first American franchise to win the Cup in 1928. The Metropolitans played their home games at the 2,500 seat Seattle Ice Arena located downtown at 5th and University. 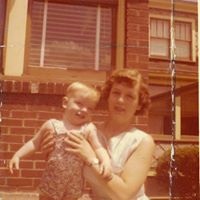 Richard Smith
It was not called the Stanley cup then. It was the challenge cup! Not the same! Rangers were first to win it as the Stanley Cup

Michael Doherty
Karen Swisher Wolf, the question did not say North American. I doubt that any Canadian would refer to him/her self as “American”. North American, maybe, but not American.

Marcella Kosse
I couldn’t remember which sport gets that one. Lived in Washington nearly 30 years and never heard of that team. But then, I have never followed hockey. Went to one game in Oakland, CA when I was stationed at NAS Alameda and couldn’t figure out why the teams kept getting into fights.

John W Shreve
Karen Swisher Wolf, Stop it. You can travel to the wilds of the Gobi Desert and tell a goat herder you&#39;re from America and he&#39;ll know you&#39;re talking about the USA. He won&#39;t ask, &quot;You mean Canada, or Costa Rica, or Peru?&quot;

Jason Negus
Another little known fact is the Stanley Cup wasn&#39;t awarded in 1918 due to the influenza pandemic. And I also got the question right.

Robert Snow
Only one I had never heard of 🤪

Karen S. Wolf
To the best of my knowledge Canada is still part of North America. Should have said US