What type of bird is this?

Puffins are any of three small species of 'auks' with a brightly coloured beak during the breeding season. These are shoreline seabirds that feed primarily by diving in the water.

They breed in large colonies on coastal cliffs or offshore islands, nesting in crevices among rocks or in burrows in the soil. Two species, the tufted puffin and horned puffin, are found in the North Pacific Ocean, while the Atlantic puffin is found in the North Atlantic Ocean.

All puffin species have predominantly black or black and white plumage, a stocky build, and large beaks. They shed the colourful outer parts of their bills after the breeding season, leaving a smaller and duller beak.

Their short wings are adapted for swimming with a flying technique under water. In the air, they beat their wings rapidly (up to 400 times per minute) in swift flight, often flying low over the ocean's surface.

The puffins are stocky, short-winged and short-tailed birds, with black upper parts and white or brownish-grey underparts. The head has a black cap, the face is mainly white, and the feet are orange-red.

Denise Currie
I love Puffins, they are so comical, they make me smile, especially when they have their beaks filled with fish. Beautiful little birds

Alan Straff
There is a puffin colony just up the coast from me on the Farne Islands.

Char
Etagi Nagaraja ,, maybe you should find a better quiz game or better yet do the obvious and switch out the question. No need for nastiness it&#39;s uncalled for as some of us love the animal questions put in as many like sports not my forte. However this is every ones quiz not your or mine. So deal with it

lucky57
I saw puffins flying near Seward, Alaska. Amazing how they keep those fat little bodies up in the air with such short, stubby wings. 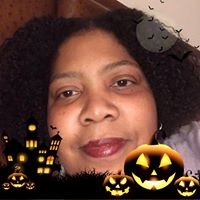 Michelle Mitchell
Oh, there once was a Puffin Just the shape of a muffin, And he lived on an island in the deep blue sea! He ate little fishes, that were most delicious, And he had them for supper, and he had them for tea. But this poor little Puffin, he couldn’t play nothin’ , For he hadn’t anybody to play with at all. So he sat on his island and cried for a while, and he felt very lonely, And he felt very small. Then along came the fishes, And they said, “If you wishes, You can have us for playmates, Instead of for tea!” So now they play together, in all sorts of weather. And the Puffin eats pancakes like you and like me. Poem by Florence Page Jaques

konrad
There is a much celebrated cartoon that has as sole character this bird. Just now I learn ed it was called a puffin.

Player
I&#39;d love to see them on the field someday. The Scottish central belt is not exactly a haven for them

Jim Mascair
I saw people on television hunting them by catching them with dip nets as they flew by. I bet they taste like chicken.

joycekingsmith
To the prehistoric Aleutians it was tabu for a female of childbearing years to consume Puffin. Supposedly, even in times of famine, this brought a curse on the family and at times on the tribe.

Chrissie
Beautiful creatures. Spent an hour of joy sitting on Staffa (think Fingal&#39;s Cave and Mendelssohn) just watching puffins. They have no fear and come very close, including popping up unexpectedly out of a burrow by your feet. Their interactions are delightful, too, they seem to get on well with each other.

Charli Robinson
I loved the little pins/magnets/stickers that were popular in the &#39;90&#39;s and most likely still now, of a Puffin within a circle with a line through it to indicate &quot;NO SMOKING&quot;. (NO PUFFIN&#39;) I had one in my car. I moved to Anchorage, Ak in 1990 and during the &#39;90&#39;s it was finally being looked at seriously about second hand smoke and the little Puffin was a cute way for people to assert their wish for others not to smoke in unclosed areas.

Janice Ingram
When I was in Iceland a few years ago, I was appalled to see Puffin on restaurant menus. Needless to say I didn&#39;t order that.

Andy the educated troglodyte
Saramma Mathew, that is illegal in most countries , it is also not advisable due to the fact their droppings stink of fish, but perhaps that doesn&#39;t bother you ?

Patty K
Etagi Nagaraja ,, if you think you can write better questions, then do so. (I see you have not written any so far) Opinions differ, so stop griping about what YOU don&#39;t like

Teri Gallagan-Horning
In Iceland, puffins are often served as a meat dish. I never tried it when I was there...love the little darlings too much!!
Author:
ALPHA
Writer