What U.S. company on the list below has the most U.S. employees?

From the 4 companies listed, Walmart is the company with the most U.S. employees. It has over 1.4 million employees working in the United States. It is an American multinational retail corporation that operates a chain of hypermarkets, discount department stores and grocery stores. It is headquartered in Bentonville, Arkansas and was founded by Sam Walton in 1962.

Target Corporation is the second-largest discount retailer in the United States, behind Walmart. It was founded by George Dayton and is headquartered in Minneapolis, Minnesota. It has over U.S. 347,000 employees.

McDonald's is the world's largest chain of hamburger fast food restaurants, serving around 68 million customers daily in 119 countries across more than 36,000 outlets. Founded in the United States in 1940, the company began as a barbecue restaurant operated by Richard and Maurice McDonald. In 1948, they reorganized their business as a hamburger stand using production line principles. Today, in the U.S., McDonald's has over 500,000 employees who work for franchises.

Concerning Home Depot, it is an American retailer of home improvement and construction products. Plus, it provides services to customers. It is headquartered at the Atlanta Store Support Center in Cobb County, Georgia, in Greater Atlanta. In the U.S., more than 371,000 employees are working for the company.

William Laughlin
Walmart: a company owned by the wealthiest family in America, yet pays less than a living wage to the majority of its employees, teaches employees how to tap into the system to collect welfare and food stamps, thereby forcing the US taxpayers to subsidize their business. They are nothing more than a greedy, selfish bunch of fatcats, building their fortunes on the backs of the working poor. I won&#39;t even walk into a Walmart on principle. Their business model ruins small towns filled with small &quot;mom and pop&quot; stores and relies on selling merchandise made outside the country. They are union busters; the worst thing for the American workers. Why does this site insist on giving free attention to this horrid company? They are a blight on the American landscape.

William Laughlin
Edmund Brakohiapa I call it poverty wages. Anyone who works 40 hours a week and still needs government assistance to live is not being paid enough. A living wage means no welfare, food stamps, or public assistance of any kind.

Marvin Mccardle
William, I have to agree with you 100 %. Janine Dunkel
If they have so many employees, why are there only two checkouts open whenever I go in????

nmcgirt
Some people take these quizzes much too serious instead of being entertained they use it as a platform to espouse negativity. Need to chill Bill Coe
William Laughlin I was disgusted to learn that waitresses in South Carolina and a lot of other states had a separate minimum wage structure. While the national minimum wage is $7.50 (at 40 hours a week, well below the poverty line), &quot;tipped&quot; positiions have a separte minimum wage of $2.13. Criminal. And that certainly will not change in the new administration.

amburn lena
William Laughlin, Walmart is no longer owned by the Walton Family. 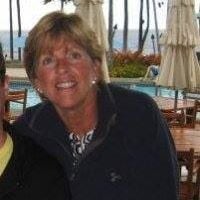 Sue Wiedemer
You are constantly so pompous William Laughlin. This is supposed to be fun

ronwellings
William Laughlin, I assume then you don&#39;t frequent any businesses that pays less than a living wage to their employees out of principle? Nah!!!!! Of course you do. Bet your &quot;principles&quot; only extend to Walmart huh?

cholle
In a capital society, we have freedom to choose where and how we work, spend, and live. More power to the Waltons for building on this free enterprise system.

Kimberly Fabri
I don&#39;t believe they have the most employees. You can&#39;t find assistance when needed. They have most of the time, only one checkout open. Nancy Lee Carlson
Not around here

bonniemarie
William Laughlin, no one is forced to work there. They are fully aware of the wages BEFORE they start and are not prevented from looking for a higher paying job while working there. Second, no, I&#39;m not harming nor causing my family to do without because I have to break my budget in a store that has higher prices and less choice of products for some kind of irrational protest. They have insurance, retirement plans and other incentives for employees. Plus they hire those that are &quot;challenged&quot; by mental/ physical health and the elderly, who have a very hard time getting employment elsewhere. Food City here in TN does the same thing. So get off your high horse and go spend YOUR money where ever you will.

bonniemarie
Kay Eicher, Really? I understand your pain. But I&#39;m sure YOU took the cart back in order to preserve the landscape. And I&#39;m sure that YOU aren&#39;t blaming Walmart because people in YOUR community are STEALING!