Kristallnacht, or the Night of Broken Glass, also called the November Pogrom(s), was a pogrom against Jews carried out by SA paramilitary forces and civilians throughout Nazi Germany on 9–10 November 1938. The German authorities looked on without intervening. The name Kristallnacht ("Crystal Night") comes from the shards of broken glass that littered the streets after the windows of Jewish-owned stores, buildings and synagogues were smashed.

Jewish homes, hospitals and schools were ransacked as the attackers demolished buildings with sledgehammers. The rioters destroyed 267 synagogues throughout Germany, Austria and the Sudetenland. Over 7,000 Jewish businesses were damaged or destroyed,[6 and 30,000 Jewish men were arrested and incarcerated in concentration camps.

British historian Martin Gilbert wrote that no event in the history of German Jews between 1933 and 1945 was so widely reported as it was happening, and the accounts from foreign journalists working in Germany sent shockwaves around the world. The Times of London observed on 11 November 1938: "No foreign propagandist bent upon blackening Germany before the world could outdo the tale of burnings and beatings, of blackguardly assaults on defenseless and innocent people, which disgraced that country yesterday."

Cheryl Perkins
A dreadful time in history that hopefully will never be repeated.

Chriss Crockford
Wicked , unbelievable that this happened and there are still terrible things happening in our world.

Lynne Cage
👍🏼 Appalling time, the start of worse to come

Hilary Sykes
We must make sure our children and grand-children are aware of the dreadful persecution of the Jewish people by Germany in WW2 - it must NEVER happen again. Rick Gray
i hope we don&#39;t get blinded by the immensity of this anti semitic time.... it still happens and the same mindset of fear and xenophobia, identifying &#39;the other&#39; as the source of our ills (be it jews, or muslims or gays, or liberals, or multicultural supporters, pluralist society supporters, mexicans, palestinians.....etc).... we must be ever vigilant.... it seems to always be with us. it normally simmers below polite conversation and then a politician or movement comes along and clears the path for that hate to boil up

Chandran David
Disgraceful day in the history of mankind!

Marian Spitzig
So wicked, yet we have people denying this happened today.

Susan Madanat
Cheryl Perkins, but it is in so many places in the World but not reported fully. 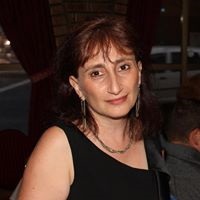 Joyce Greenlees
Joss Coverdale, a pogrom is a violent riot aimed at the massacre or expulsion of an ethnic or religious group.

bvspurrell
I appologize for my comment below to the Jewish people who were traumatized, hurt or worse during that terrible 2 day period. My political comment was out of line.

bvspurrell
Sounds just like antifa/blm in Seattle, Portland &amp; many other cities where, smash, burn, fire and mayhem occured during the &quot;summer of love&quot;!

Bella
We are all brothers and sisters on this planet. Love one another. 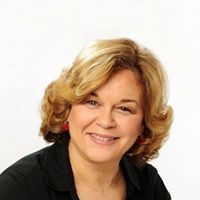 Joss Coverdale
What is a pogrom?? Diane Allain
Unfortunately, we are letting it happen every day... listen to the news...

Diane Allain
Denise very sad indeed. You think they would have learned but now they pérsecute Palestinians...

Ken Putnam
Corrie Paterson, It was