What was Lovey Howell's name (Natalie Schafer) on the T.V. series Gilligan's Island?

Mrs. Howell (played by Natalie Schafer) - Thurston's wife. She can be more spoiled than Mr. Howell at times, but is always the first to want to try something new. Mr. Howell always calls her "Lovey." Her name is Eunice Wentworth Howell.

Natalie Schafer was an American actress, best known as Eunice "Lovey" Wentworth Howell on CBS's sitcom Gilligan's Island. Schafer was born in Manhattan the eldest child of Jennie Elizabeth and Charles Emanual Schafer. Her family was of German Jewish descent. She began her career as an actress on Broadway before moving to Los Angeles in 1941 to work in films.

james parrillo
Special Patrol Group, I checked several links in the reference and also did not see more than Lovey Howell or Lovey Wentworth Howell. Thank you, Christine, James&#39;s wife

larrywagner
tesla alset, Great comment my friend, keep it up and thank you.

larrywagner
Shelley Welch Dunivan, Your right, and this is why I&#39;ll stand up for Tesla.

Shelley Welch Dunivan
tesla alset, I guess you&#39;re not a robot. You have feelings. 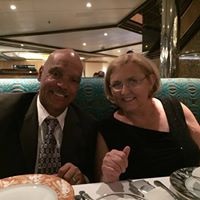 Chris Gramm Williams
Knew that Wentworth was her maiden name, so that is how I got it right.

jaijam
Where is her first name ever mentioned????

jaijam
Mark Sutter, they never did. I want to know where this info came from.

jaijam
I got this right only because I knew her maiden last name, but they never mention her real first name on any episode that I&#39;m aware of. I&#39;d like to know which episode.

Carol Focht Cheney
Allan Howser, That was why I picked it. It sounded like the name of a rich socialite. majohnson
I never knew anyone said that name in the show.
Author:
mangrove
Writer