The Misfits is a 1961 American drama film written by Arthur Miller (Monroe's husband at the time), directed by John Huston, and starring Clark Gable, Marilyn Monroe and Montgomery Clift.

The motion picture was the final film appearance for both Gable and Monroe. For Gable, the film was a posthumous release, while Monroe died the following year. The plot centers on a recently divorced woman (Monroe) and her time spent with a cowboy (Gable) and his rodeo-riding friend (Clift) in the Western Nevada desert in the 1960s. The movie was not a commercial success at the time of its release but received positive critical comments for its script and performances and is highly regarded today.

Marilyn always played "dumb blonde" characters. However, the biggest myth is that she was dumb. She had an IQ of 168! This iconic blonde still owns the minds of men and women. Marilyn was found dead at home on the 5th of August, 1962. Marilyn was only 36 years old, and her death was ruled a "probable suicide". Anyway, the details of the tragedy still remain unknown.

Richard D. Boyle
Even with Clark Gable, Monty Clift and Arthur Miller writing the script, the film was still not a memorable one. I believe it was also Gable’s final film.

David Coe
Johnny Rock, Knowing Hef, he&#39;d prefer to be laying on top of her...

tbear
Loretta Stout, no, that was a film with Dean Martin, I believe! For some reason the name &quot;Somethings Got To Give&quot; rings a bell! I may be wrong! I think there was a documentary a long while back that showed clips from the film! Don&#39;t remember if they ever replaced her and finished filming the movie!

Denise Currie
Needed to use double chance to get this, wasn&#39;t quite sure

David Colloby
Didn&#39;t Miss this one

Johnny Rock
Knew this and about her I Q. Playboy founder Hugh Hefner bought a burial plot next to hers in 1992 and now he lies next to her. Imagine that.

Kathryn A. Cobb
Knew this one because of the two tragic facts of both stars deaths.

mkrash
The Misfits I seem to remember that movie . 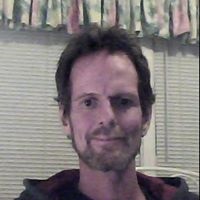