What was the Hillsborough disaster?

At least 93 football supporters were killed in Britain's worst-ever sporting disaster. People were crushed to death at Hillsborough stadium in Sheffield during the FA Cup semi-final match between Nottingham Forest and Liverpool.

The crush is said to have resulted from too many Liverpool fans being allowed in to the back of an already full stand at the Leppings Lane end of the ground.

More than 2,000 Liverpool fans had still not got into the stadium when the match started at 3:00pm.

A police spokesman said orders were given for the gate to the stand to be opened because they believed the pressure of fans outside the ground was "a danger to life".

But as fans rushed in, those already there were pushed forward and crushed against the high, wired-topped safety fences. However, it was more than five minutes into the match before what was happening became apparent to those not in the Leppings Lane stand.

Then (when alerted by fans spilling through a narrow gap onto the pitch or being lifted by others into the seating areas above), a policeman ran onto the field and ordered the referee to stop the game. Improved security measures recently introduced at the grounds to keep rival fans apart( meant that for many fans), there was no escape from the crush.

At least 200 people were injured, about 20 seriously.

Lydia Coutts
And only recently have the Liverpool fans received justice after being blamed for the tragedy and demonised by the British police, Sun &#39;newspaper&#39; and Thatcher government. I still remember this; it was horrific, and the fans&#39; treatment by the aforementioned made it even worse for the survivors and the bereaved. RIP the Liverpool fans who lost their lives. In the words of their song, you&#39;ll never walk alone.

Fran Donnelly
absolutely right Lydia, I knew some people personally who had lost young sons, a terrible tradgedy that the police could have dealt with at the time but they sat back and let Liverpool fans get slagged off in the press and throughout the country. Justice finally did prevail.

Spike Holmes
Saturday, 15 APRIL, 1989. I know a GREAT DEAL, about this God-awful event, - which resulted in the deaths of NINETY SIX people! Reason:- I WAS THERE!!!!! Jeff Carter
Jerry Edwards, although it was a huge story over here at the time and has been in our news ever since, overseas it might not have been that big a story. And given that it was nearly 30 years ago, that could explain why some didn’t know the answer. But as already stated, the lies told by The Sun (a British tabloid that has only ever had a passing relationship with the truth) made a huge tragedy much worse. 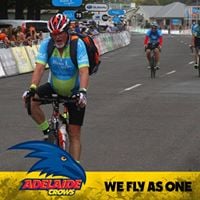 John Williams
And never forgotten by us Liverpool supporters Jude P
As if the deaths of 96 people wasn&#39;t horrific enough, the lies told about them by the Sun were completely shameful.

Val Wilkinson
Did 96 people die there too, Carol McClellan, ?

Val Wilkinson
I am so sorry for your friends’ s loss Fran Donnelly,

deborahpmercer
Tabloid reaction appalling. And it proves something that Liverpool, which (rightly) never forgave the Sun voted firmly for Remain!