What was the largest tank battle in military history called?

The Battle of Prokhorovka in 1943 was the largest tank battle of the Second World War and the single largest in military history. For the Germans, this battle was the final strategic offensive that they were able to launch on the Eastern Front. Their extensive loss of men and tanks ensured that the victorious Soviet Red Army enjoyed the strategic initiative for the remainder of World War II.

Specifically, the Battle of Prokhorovka was fought on July 12, 1943 near Prokhorovka, 54 miles southeast of Kursk, in the Soviet Union. Taking place on the Eastern Front of the war, the fighting was part of the wider Battle of Kursk, and occurred when the 5th Guards Tank Army of the Soviet Red Army attacked the II SS-Panzer Corps of the German Wehrmacht in what proved to be the largest tank battle in history.

The overall numbers are almost impossible to grasp; 3,000 German tanks were set against nearly double that figure in Soviet armor. But, the German tankers showed time and time again, they could hold their own on the battlefield despite being outnumbered. After eight days of fighting, the attack was halted. Though the Russians won, they lost five armored vehicles for every German panzer destroyed. In actual numbers, the Germans lost about 760 tanks, and the Russians about 3,800 (for a total of 6,000 tanks and assault guns destroyed or badly damaged). Noting casualties, the Germans lost 54,182 men, the Russians 177,847. Though lopsided, the Russians prevailed. Hitler lost. Alan Smith
As a military historian of many years This answer IS WRONG. Prokorovka was a component battle of the BATTLE OF KURSK. It was merely the segment of the front where most vehicles were committed !!!!

Dario Gritti
It&#39;s the Battle of Kursk! The battle of Prokhorovka was part of it. The statistics cited relate to the greater battle.

Richard G Schwartz
I thought it was kursk. Jeniene Glass
It was the battle of Kursk, a bit sick of losing to wrong answers Tony Fiume
Looked up the numbers and I find the Battle of Kursk which probably include this are far higher. In my book the given answer is wrong.

Piston Broke
That is the Battle of Kursk 🙄 Christine Perfect
How do these questions and, more importantly, the answers get through! Rajnish Gautam
Even your wikipedia reference said it is a wider part of battle of kursk.

Rajnish Gautam
What is the problem? Wrong answer. Even explanation suggests it was kursk battle. 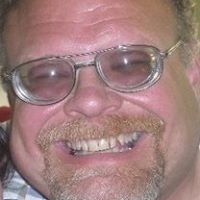 Charlie Chase
Horrible answer. Even the explanation said it was part of the Battle of Kursk.