What was the name of a famous Japanese Akita dog remembered for his remarkable loyalty to his owner?

Hachikō (November 10, 1923 – March 8, 1935) was a Japanese Akita dog remembered for his remarkable loyalty to his owner, Hidesaburō Ueno, for whom he continued to wait for over nine years following Ueno's death.

Hachikō was born on November 10, 1923, at a farm near the city of Ōdate, Akita Prefecture. In 1924, Hidesaburō Ueno, a professor at the Tokyo Imperial University, brought him to live in Shibuya, Tokyo, as his pet. Hachikō would meet Ueno at Shibuya Station every day after his commute home. This continued until May 21, 1925, when Ueno died of a cerebral hemorrhage while at work. From then until his death on March 8, 1935, Hachikō would return to Shibuya Station every day to await Ueno's return.

During his lifetime, the dog was held up in Japanese culture as an example of loyalty and fidelity. Well after his death, he continues to be remembered in worldwide popular culture, with statues, movies, books, and appearances in various media. Hachikō is known in Japanese as chūken Hachikō "faithful dog Hachikō", hachi meaning "eight" and the suffix -kō indicating affection.

Darlene Davidson
I had an Akita for 8 years. He was devoted to his family,especially my husband who walked him daily. He was a magnificent dog,without equal. 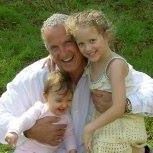 David K. Anderson
That story always chokes me up.

Chriss Crockford
Wonderful faithful dog, I hope he was well cared for. I had a tortoiseshell cat who used to wait for me at the station every day when I commuted to London. 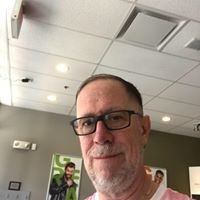 Don Lein
And a great movie with Richard Gere

Diane Herbert Wall
There was a similar story in Edinborough, I think.

Jaminator
When I worked in the pet industry, I heard stories of these beautiful animals&#39; loyalty. I heard several references to them as being &quot;Japanese Babysitters&quot; they were overprotective to a fault! When a parent went to discipline a child people advised Akita owners to remove the animal from the room. The Animal did not understand that Billy set the garage on fire! All the animal saw was one of his charges being attacked! Superb watchdog. monitor them with small children, the do not enjoy their ears and tails pulled on any more than other dogs, but are not tolerant either.

Susan Lake-Harris
As many female names end in &quot;ko&quot;, I thought it wouldn&#39;t be Hachiko... but there you are, and Iearnt something new. In Australia, we have the dog on the tuckerbox.

tradjazzer
Such a wonderful movie.

Irene Townsend
Seems to be lots of stories all around the world, about animals that are so faithful to their masters, right up until their all die..

saulalva
Dog best friend there is no human like them

rainydaz
Grant McIntosh, grey friars bobby i love that movie the old guy dies an he is only a puppy evey day he goes to the grave yard to sleep by his masters grave who wa sput in there coz he only had enogh cash to be buried no family members greyfrais was the closest grave yard kept mainly for upper class an middle class not the low class like the old man homeless he become the dog of the city after the kids arranged cash to get him registad the jidge made him a dog of the town given him the key to the city i believe that he is the only dog in london i think it was to ever be given the key to the city peopel would feed him an eervy nitght the grave yard guy atthe end after the court hearing on wee lillt bobbie was given the ket would wait at the gate at each time eacatly bobbie would come an he would then lock up the gates i thik bobbie is also the only dog to be buried on top of his master in the cemetry t

docluci
Did not know about this and needed a hint!!!!!

Char
Captain Bob III, repeat after me leave my friend Tesla alone she like me was not talking to you..