What was the Potsdam Conference?

The Potsdam Conference concerned meetings held by the principal Allies in World War II (the United States, the USSR, and Great Britain). They came together from July 17 to August 2, 1945 to clarify and implement agreements previously reached at the Yalta Conference. The chief representatives were President Truman, Premier Stalin, Prime Minister Churchill, and after Churchill's defeat in the British elections, Prime Minister Attlee.

As a result of the conference, the so-called Potsdam Agreement transferred the chief authority in Germany to the American, Russian, British, and French military commanders in their respective zones of occupation and to a four-power Allied Control Council for matters regarding the whole of Germany. The Allies set up a new system of rule for Germany, aimed at outlawing National Socialism and abolishing Nazi ideology, at disarming Germany and never allowing it to again become a military power, and at fostering democratic ideals and introducing representative and elective principles of government. Also, the Potsdam Conference presented an ultimatum to Japan. It offered Japan the choice between unconditional surrender or total destruction.

Richard D. Boyle
cbireland, The narrative answer makes it clear that the US was represented by Truman. Roosevelt had died earlier in 1945. fishrmn
I remember this from history classes Romelia Snyder
I guessed. I would be interested in finding out more.

anthonygriffin
The &quot;Potsdam Conference&quot; definitely had a unique location while gathering world leaders for the important meeting. The details of the meeting have some serious &quot;gangsta&quot; type of agenda dealing with countries of Germany &amp; Japan.

cbireland
Roosevelt was at Yalta not Potsdam. 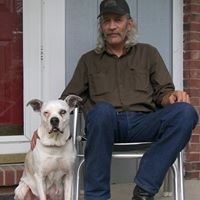 Brian Hershberger
Roosevelt was at Potsdam . Sharon Harmon
It&#39;s true. I&#39;ve been there. Pictures are all over the wall. I stood by Stalin&#39;s desk and it gave me the cold creeps. Garden in front is planted with a red star. Buck Chuck,