What was the real name of the actress Joan Crawford?

From the early childhood Lucille was dreaming about becoming a fine dancer. She was working a lot, but one day she accidentally cut her foot on a broken glass bottle, which prevented her from attending school for a year and a half. After several difficult operations the stubborn girl recovered and returned to dancing.

Under the name Lucille LeSueur, Crawford began dancing in the choruses of traveling revues and was spotted dancing in Detroit by producer Jacob J. Shubert. Shubert put her in the chorus line for his 1924 show, Innocent Eyes, at the Winter Garden Theatre on Broadway in New York City. While appearing in Innocent Eyes Crawford met a saxophone player named James Welton. The two were allegedly married in 1924 and lived together for several months, although this supposed marriage was never mentioned in later life by Crawford.

Her first film where she is credited as Lucille LeSueur was 'Lady of the Night' in 1925 that starred Norma Shearer in a dual role, Joan was an uncredited body double for Ms Shearer. Cynthia Darlene Arnold
Same here.. Unless you come from an abusive background, it may be hard to believe that stuff goes on. They show one side to the &quot;outside&quot; world ( including many close family members and friends ) and an entirely different one behind those closed doors! And.. Remember.. Children had zero rights back then too. Even when they did &quot;speak up&quot; or literally &quot;beg for help&quot;.. Nothing could be done.. &quot;Parents rights to discipline their child&quot;! It would be many years before the courts would step in and point to the differences between &quot;discipline&quot; and &quot;abuse&quot;.

Joseph A. Robitaille
Joan Crawford was a great actress.

Ian Swindale
In the Channel Islands (not the ones off the Californian coast) one of the more common names is Le Sueur (not joined as in her name). 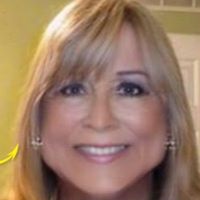 Donald Edward Feyereisen
I thought Jackie Coogan as a child star was instrumental in getting Crawford into the silents. I believe she played his older sister in one of if not her first supporting roles. It was about that time she changed her screen name to Joan Crawford as well.

dianna inmon
That movie reminded me of my mother Ted Musantry
Remembered when I saw it Junia Marie Maxine Sonier
She was Mommie Dearest. The movie was a biographical film about Joan Crawford which Faye Dunaway played her. Whether she actually said &quot;no more wire hangers&quot; no one really knows except her children. Andrew Thorne
there is a reason there are no comments she was not mommie dearest
Author:
Beth Catherine Price
Writer