Which year did the USA print its last silver certificate dollar?

This type of paper currency was introduced to the U.S citizens in 1878. According to the law, the "unusual" dollar could be exchanged to silver bars or coins of the same material. Actually, they looked like the ordinary U.S currency notes (dollars) but instead of the phrase "Federal Reserve note" they had "Silver Certificate" on them. The last bank notes of this kind were printed in 1964 but they stopped being an official currency only in 1968. Though, even nowadays people may use them as the legal tender.

Larry Hughes
Couldn’t have been 1953, the bill in the pictures was series 1957

Howard Groopman
I haven&#39;t collected US coins for decades, but I remembered this.

skrueger
1964 was also the last year that the US put silver into its dime and quarter coins.

Linda Wanta
I exchanged some silver certificate currency about 5 years ago, and because they had the RED seal on them, I received a decent $$ amount in return. 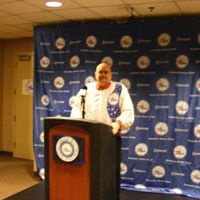 Norman Yacko Sr.
The last silver certificates were printed in 1957. Most were either redeemed for silver before 1964, shredded when they became unusable or are now in the hands of collectors. While they are no longer printed, they remain a valid form of U.S. currency. How to Find the Federal Registry Number for a Silver Certificate ourpastimes.com/federal-registry-number-silver-certificate-5855827.html

altservehire
Jim Welch, Mine is not talking to me, but yes, it reads: Silver Certificate 1957.