When did the extreme sport of BASE jumping start?

BASE jumping is the recreational sport of jumping from fixed objects, using a parachute to descend safely to the ground. "BASE" is an acronym that stands for four categories of fixed objects from which one can jump: buildings, antennae (referring to radio masts), spans (bridges), and earth (cliffs). Participants exit from a fixed object such as a cliff, and after an optional freefall delay, deploy a parachute to slow their descent and land.

Fausto Veranzio is widely believed to have been the first person to build and test a parachute, by jumping from St Mark's Campanile in Venice in 1617. However, these and other sporadic incidents were one-time experiments, not the systematic pursuit of a new form of parachuting.

The acronym "B.A.S.E." (now more commonly "BASE") was coined by filmmaker Carl Boenish, his wife Jean Boenish, Phil Smith, and Phil Mayfield. Carl Boenish was the catalyst behind modern BASE jumping, and in 1978, he filmed the first BASE jumps which were made using ram-air parachutes and the freefall tracking technique (from El Capitan in Yosemite National Park). While BASE jumps had been made prior to that time, the El Capitan activity was the effective birth of what is now called BASE jumping.

After 1978, the filmed jumps from El Capitan were repeated, not as a publicity exercise or as a movie stunt, but as a true recreational activity.

cwisconsin
Harrison Linda...I believe you are correct. Didn&#39;t a fellow named Icarus try it. Once. ?

Harrison Linda
I think they tried it earlier with fake wings.

Joris van Pelt
Not on my bucket list (anymore).

Pat Wells
Fun to watch, but no amount of money could persuade me to base jump.

mlhoover
Jump off a 6 foot wall once. Made my knees hurt! That&#39;s about as BASE jumpy, as I get.

Bridy4u
cwisconsin, No he successfully flew on a pair of home made wax wings. Unfortunately, he did not heed his father’s warnings and flew too close to the sun, which melted his wings and he plummeted in a free fall - so nothing at all like BASE jumping 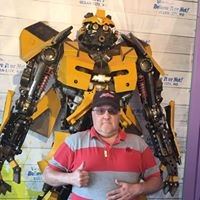 Ray Keller
In the first two they just didn&#39;t have parachutes, and splat was often the result.

Francie Carlson
Three of the answer choices were ridiculous. The other three should’ve been from the late 1970’s or early 1980’s.

Char
Darlene Davidson, you&#39;d have to push me better not be close because pusher going with me lol

Joris van Pelt
Icarus and his father were trapped. Ever the inventor, Daedalus built wings of feathers and wax to escape. In theory, the wings would allow Daedalus and Icarus to fly above the labyrinth and off the island to freedom. Just before their flight, Daedalus warned his son to be careful. If he flew too low, his wings would get wet in the ocean; if he flew too high, the sun would melt the wax and the wings would disintegrate. End of story: Icarus had soared towards the sun, his wax melted and he fell to his death.

Peggy Tinsley
Never. Along with jumping out of planes
Author:
Lilly Nicolson
Writer