When did the United States formally separate from Great Britain? Bayissa Ticha
Although, I was born and raised up in a different country, I only knew the meaning of freedom after my arrival in the USA. Living in a country I called &quot;Home&quot;, I grew up witnessing the violation of basic human rights!! Since day one of my arrival I have been enjoying the true taste of freedom, for which I have never paid a penny. Thank you America!!!

George Oliver Prince
There are a couple of answer to this question. Yes, we informed England that we were breaking away, but the Treaty of Paris formally sealed the deal Irene M Howard
Bayissa, Thank you for sharing your comments anout this great nation! I love my homeland and my freedoms.

Fred Zeb Fudpucker
WRONG again! &quot;In 1783, with the signing of the Treaty of Paris with Britain, the United States formally became a free and independent nation. ... July 4, 1776: America Declares Independence from Great Britain.&quot;

John McLardie
Interesting that July 4 was the date of the adoption of the Declaration of Independence by the Continental Congress. However that did not create the USA. It did declare the &#39;independence of 13 individual colonies from the British Crown, as each colony ratified the Declaration individually. The &#39;Articles of Confederation&#39;, were approved by the Second Continental Congress on November 15, 1777 but were only ratified on March 1, 1781. At that point the Congress was dissolved and the new government of the &#39;United States in Congress Assembled&#39; started on 2 March, 1781. This was technically the date that the USA came into existence. That independence was finally recognised with the ratification of the Treaty of Paris on September 3, 1783. Interestingly Article 1 of that treaty, which recognises the independence of the US, is the only part of the Treaty of Paris which is still in force. Charlotte Bowers
It has &quot;nothing to do with soldiers or military&quot; formally because at that time ,EVERY citizen was armed and considered a &quot;soldier/military&quot; person.

Jaimi McEntire
Um, none of the answers are correct. The countries formally separated in 1784 with the ratification of Treaty of Paris.

Chrissie
Karin Johansson, I suspect Susanna was being ironic. What is freedom if it&#39;s only available to the rich?

littledick
Karin Johansson, You are free to make this statement, but I wish you&#39;d cite specific examples.

littledick
Paul Leyendecker, I&#39;m not so sure about &quot;most&quot;, since reading about Europe. And concerning Europe, many of the people seeking asylum, etc., come from countries that were formerly colonies of the countries they&#39;re seeking entrance to. What do they expect for when they were controlled by the colonizers they were told how great their &quot;mother&quot; countries were. This includes the United Kingdom, France, Belgium, :Portugal, Spain and even Italy. In fact several, if not most, of these countries, use the colonizers language. One rarely gets students from India, some of the Middle East countries, and much of Africa in our ESL programs, since many already speak the language.

jojodamico
Grew up in Lexington Massachusetts, where we were taught that the U.S. first Declared our Independence in 1776. After the end of the Revolutionary War!!!

earlepg
Seems like a declaration is formal enough to have caused a big fight.

Jim Adams
George Oliver Prince, I have to disagree, the Treaty of Paris was just England giving up fighting us about it. Virginia Harper
Bayissa Ticha, thank you for your post. Many Americans born here do not appreciate the freedoms we enjoy. I hope you are or become a citizen because you are a true American. 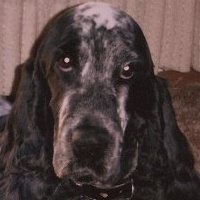