When was Chicago incorporated as a city?

Chicago is the 3rd most populous U.S. city (behind both N.Y. City and L.A.) with over 2.7 million residents. Among cities, Chicago has the 4th largest gross domestic product behind N.Y. City, L.A., and Tokyo. It ranks ahead of both London and Paris.

Chicago occupies 234 square miles. Land makes up 227 square miles with the rest consisting of water. Chicago has an elevation of 597 feet.

Abraham Lincoln was nominated for the U.S. presidency at the 1860 Republican National Convention in Chicago.

Chicago has 2 professional baseball teams (Cubs and White Sox), an NFL team (Bears), NBA club (Bulls), and the Blackhawks of the NHL.

In 1871, the Great Chicago Fire broke out. It destroyed an area approximately 4 miles long and 1 mile wide, a large section of the city at the time. Much of the city (including railroads and stockyards) survived intact. From the ruins of the previous wooden structures arose more modern buildings of steel and stone which would set the precedent for worldwide construction. During its rebuilding period, Chicago constructed the world's first skyscraper in 1885 (Home Insurance Company) using steel-skeleton construction.

Albeck1994
Donna Bayar Repsher, I just looked into it following a bad guess on my part. Chicago was incorporated as a town in 1833 and a city in 1837 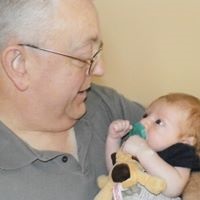 Ken Walkley
The information I find online all agrees that the city of Chicago was incorporated in 1833, not 1837. How do questions with incorrect answers get through so easily? Lynn Ridenour
Good Q&amp;A. The Chicago fire put the city on the map as the center for modern architecture. 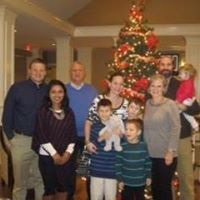 Marguerite LaHaye
A lot here that I didn’t know about Chicago.

dvdeaton
Earlier than I thought.. I figured it occurred in the post-Civil War Era with the industrialization of the US..

Jenny Cox Pertiller
I have lived in Chicago aka Chi-Town for almost 40 years. I got it right.
Author:
blkstang
Writer