When was the chivalric Order of the Dragon founded?

The Order of the Dragon (Latin: Societas Draconistarum, literally "Society of the Dragonists") was a monarchical chivalric order for selected nobility, founded in 1408 by Sigismund von Luxembourg who was King of Hungary (r. 1387–1437) at the time and later became Holy Roman Emperor (r. 1433–1437). It was fashioned after the military orders of the Crusades, requiring its initiates to defend the cross and fight the enemies of Christianity, in particular the Ottoman Empire.

The Order flourished during the first half of the 15th century, primarily in Germany and Italy. After Sigismund's death in 1437, its importance declined in Western Europe. However, after the Fall of Constantinople in 1453, it continued to play a role in Hungary, Croatia, Albania, Serbia and Romania which bore the brunt of the Ottoman incursions. The Prince of Wallachia Vlad II Dracul, father of Vlad the Impaler, took his name from the Order of the Dragon.

John W Shreve
The helmet style looked pretty 15th centuryish. I think one was called a challet or shallet. 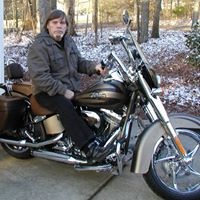 Denise Currie
Needed to use 50/50 but got there in the end
Author:
David Wilkes
Writer