When was the Franco-Prussian war?

The Franco-Prussian War or Franco-German War, often referred to in France as the War of 1870 (19 July 1870 – 10 May 1871), was a conflict between the Second French Empire and the German states of the North German Confederation led by the Kingdom of Prussia. The conflict was caused by Prussian ambitions to extend German unification. Some historians argue that the Prussian chancellor Otto von Bismarck planned to provoke a French attack in order to draw the southern German states—Baden, Württemberg, Bavaria and Hesse-Darmstadt—into an alliance with the North German Confederation dominated by Prussia, while others contend that Bismarck did not plan anything and merely exploited the circumstances as they unfolded.

Chriss Crockford
Got it right. 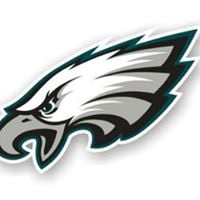 Michael Topliss
Had this as a question in my school history exam back in the 1960&#39;s Robin Sen Gupta
As a student of history I never focused on dates. For some reason 1870 stuck in my memory.

Gery Tillmanns
I think this is a repeat?
Author:
Frank Cowell
Writer