When was the world's first thermonuclear weapon/hydrogen bomb test?

The United States on Nov.1,1952 detonates the world’s first thermonuclear weapon (the hydrogen bomb) on Eniwetok atoll in the Pacific. The test gave the United States an advantage in the nuclear arms race with the Soviet Union. After the Soviet detonation of an atomic device in September 1949, the United States accelerated its program to develop the next stage in atomic weaponry. A thermonuclear bomb, more popularly known as the hydrogen bomb. This new weapon was approximately 1,000 times more powerful than conventional nuclear devices. 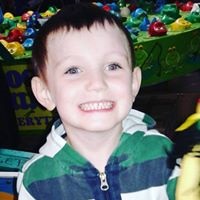 patrhea
...missed by a year.

Mr.LaFaye
tesla alset, You do the repeats as you must be a very lonely person and you seek attention.

Ed Taber
DHL, The biggest threat to nuclear bomb workers was from beryllium.

dcboyden
tesla alset, Everyone on this sight is smart enough to read. Knock of the recap. Kenneth Dallas
The question asked when,so there was no need to put who carried out the tests in the answer options.

Carroll Price
Edward Teller is credited with being the father of the Hydrogen bomb.

George Oliver Prince
I am become death,destroyer of worlds

Rob Farr
I remembeered that it was 1952, and so the answer was easy ... but a very good history-based trivia question.
Author:
blkstang
Writer