Where and when did the ''red rain'' incident take place?

Kerala red rain phenomenon was a blood rain event that occurred in Wayanad district region of Malabar on Monday, 15 July 1957 and the colour subsequently turned yellow. Also on 25 July to 23 September 2001, when heavy downpours of red-coloured rain fell sporadically on the southern Indian state of Kerala, staining clothes pink. Yellow, green and black rain was also reported in Kerala in 1896 and several times since, most recently in June 2012.

It was caused due to chemical imbalances in environment. Such as some water samples were taken to the Centre for Earth Science Studies (CESS) in India, where they separated the suspended particles by filtration. The pH of the water was found to be around 7 (neutral). The electrical conductivity of the rainwater showed the absence of any dissolved salts. Sediment (red particles plus debris) was collected and analysed by the CESS using a combination of ion-coupled plasma mass spectrometry, atomic absorption spectrometry and wet chemical methods. The CESS analysis also showed significant amounts of heavy metals, including nickel (43 ppm), manganese (59 ppm), titanium (321 ppm), chromium (67ppm) and copper (55 ppm).The red cells found in the red rain in Kerala, India are now considered as a possible case of extraterrestrial life form. These cells can undergo rapid replication even at an extreme high temperature of 300 °C. The molecular composition of these cells is yet to be identified. Rakesh Grover
What is the reason of this being considered a form of extraterrestrial life form? Even twenty years after, no proof has been found.

M Renz
Even though I found the chemical composition interesting, overall the answers &amp; dates given p were ridiculous.

Cameron Brown
The options of different dates are unsportsmanlike. (Not clever)

William Laughlin
Michael W. Strode, They should have included that information... oh wait, they did!

klmilles
Pretty clearly, the author did not even read their own reference source since the article includes the following: &quot;Most recently, coloured rainfall occurred over Kerala during the summers of 2001, 2006, 2007, 2008,[51] and 2012; since 2001, the botanists have found the same Trentepohlia spores every time.[52] This supports the notion that the red rain is a seasonal local environmental feature caused by algal spores.[52][57][58][59][60]&quot; NOT extra-terrestrial.

David Roy
Hardly the only instance of this phenomenon.

Chris Brown
Did you know?: Cases have been recorded since Homer&#39;s Iliad, composed approximately 8th century BC, and are widespread. Before the 17th century, it was generally believed that the rain was actually blood. 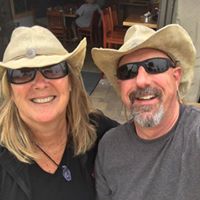 Michel VanLancker
“ ] but a study commissioned by the Government of India concluded that the rains had been coloured by airborne spores from a locally prolific terrestrial green algae from the genus Trentepohlia.”

Jerry Edwards
Fred Keogh, Oh yeah. I read that in the second line, too.

Helga U. Williams
Never ever heard about this incident or city in India. Interesting narrative!

dmarkc
krkyates, was determined not to be dust. More likely spores from local flora. This has been a tough one to figure out conclusively. There are photos of microscopy, including TEM to refer to, if you look. Red rain-wiki

krkyates
it rains mud when dust and rain combine, that phenomena occurs everywhere.

Doris Dallaire
Never heard of it. But what causes all these minerals in the rain to make it that colour? Where do they come from all of a sudden?
Author:
Manasphal
Writer