Where did Diana Ross and The Supremes perform their farewell live concert together?

The Supremes were an American female singing group and a premier act of Motown Records during the 1960s. Founded as The Primettes in Detroit, Michigan, in 1959, the Supremes were the most commercially successful of Motown's acts and are, to date, America's most successful vocal group with 12 number-one singles on the Billboard Hot 100. Most of these hits were written and produced by Motown's main songwriting and production team, Holland–Dozier–Holland.

During the mid-1960s, the Supremes achieved mainstream success with Ross as the lead singer and Holland-Dozier-Holland as its songwriting and production team. In 1967, Motown president Berry Gordy renamed the group Diana Ross & the Supremes and replaced Ballard with Cindy Birdsong. In 1970, Ross left to pursue a solo career and was replaced by Jean Terrell and the group reverted to being The Supremes again.

Diana Ross & the Supremes gave their final performance on January 14, 1970, at the Frontier Hotel in Las Vegas. At the final performance, the replacement for Diana Ross, Jean Terrell, was introduced. According to Mary Wilson, after this performance, Berry Gordy wanted to replace Terrell with Syreeta Wright. Wilson refused, leading to Gordy stating that he was washing his hands of the group thereafter. 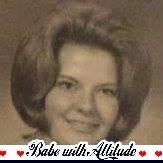 Charly Gallagher
True, it was listed as the &quot;Farewell, concert&quot; however, it was NOT the last time they performed together. Where are your fact checkers.