Where did the Christmas pickle ornament tradition originate?

The Christmas pickle is a Christmas tradition for some Americans. An ornamental pickle is placed on a Christmas tree as one of the Christmas decorations. On Christmas morning, the first person to find the pickle on the tree would receive an extra present from Santa Claus or would be said to have a year of good fortune.

This tradition is commonly believed by Americans to come from Germany. In fact, the tradition is completely unknown in Germany. Berrien Springs, Michigan, which billed itself as the Christmas pickle capital of the world, held a pickle parade from 1992 until about 2003.

Woolworths was the first company to import these types of decorations into the United States in 1890, and glass blown decorative vegetables were imported from France from 1892 onwards.

Despite the evidence showing that the tradition did not originate in Germany, the concept of Christmas pickles has since been imported from the United States.

One idea is that the tradition came from Camp Sumter during the American Civil War. The Bavarian-born Private John C. Lower had enlisted in the 103rd Pennsylvania Infantry, but was captured in April 1864 and taken to the prison camp.

As the story is told, on Christmas Eve he begged a guard for a pickle while starving. The guard provided the pickle, which Lower later credited for saving his life. After returning to his family, he began a tradition of hiding a pickle on their Christmas tree each year.

miraclemagic
It started in Germany. 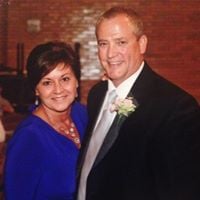 Tim Stork
Germany, handed down from 2 generations before me... Blairly21
I disagree. I believe it to be Germany. I was married into a German family and they always hung one on their tree.

Pat Askew
Started in Germany, although this is something of a joke and more likely a farce started by the Finns.

Alec Boreham
The common tale told of the Christmas pickle, or Weihnachtsgurke, is that it&#39;s an Old World tradition that started in Germany. 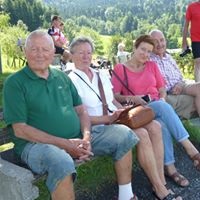 Ingrid Blaschke Fugate
I am German and never heard of the Christmas pickle in Germany or anywhere else. This is news to me

Albeck1994
Cheryl McMeekin, and of course you were as it doesn&#39;t come from there

Albeck1994
Sue Philpot Bell Joyner, no it didn&#39;t I have many German friends and they ve never mentioned it, or heard of it,
Author:
ALPHA
Writer