Where did Thomas Jackson earn the nickname Stonewall?

Jackson acquired his nickname, July 21, 1861 on Henry Hill outside Manassas, in the Battle of First Bull Run (First Battle of Manassas). Infantry under South Carolinian brigadier general Bernard Bee had been engaged for some time and were falling back; Jackson's brigade was in reserve. Bee told his men: "There stands Jackson like a stone wall". When Jackson threw his troops into the battle, they captured Union artillery atop the hill and fought the Federals until Confederate reinforcements caused a Union rout.

Fred Keogh
I have read a lot about the US Civil War. In the early stages it was a close run thing with the Confederate States almost taking Washington and probably winning the war. Numbers and industrial might told in the end. 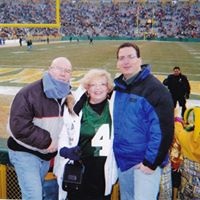 Donna Gargano
Got it

Char
I second guessed myself again

docluci
Guessed right, but confirmed with a hint.

larrywagner
Good Q&amp;A. Come on Tesla catch up before the thumbs down monsters get me.

Irma Rivera
Not my day!!! Grant McIntosh
Stephen Stills&#39; band after (or in between) CSN (Y).