Where do Kiwis come from?

Kiwi (or Kiwis) are flightless birds native to New Zealand. Their eggs are the biggest in relation to the size of their body among all the birds' species in the world! Kiwi are related to Malagasy, an extinct species of elephant birds. Kiwi are in danger nowadays! Two species of kiwi are vulnerable, one is endangered and one is critically endangered. Deforestation has affected kiwi very negatively, but now these birds are protected in special reservation areas and parks. The greatest threat for them nowadays is invasive predation.

The kiwi is a symbol bird of New Zealand, and the association is so strong that the word "Kiwi" is used internationally as the conversational demonym for the people of NZ.

Have you ever seen such a bird? They are funny, aren't they? And they need people's help to survive!

Steve McVey
Hey people - quit your whining, a kiwi is not a fruit it&#39;s a bird. The word kiwi with reference to the fruit is an Americanisation of the correct term kiwifruit - shortened presumably because it would burn too many calories to say it properly kgarza
Barry Dingle, if Microsoft is so bad and the people who use the software is &quot;brainless,&quot; then answer me why we got it right and you brains didn&#39;t?

Nina Kamwene
My daughter is half Kiwi and we are going to NZ at Xmas time. Yippee! They also have a delicious Kiwi fruit. Kiwis is also a name for New Zealanders. 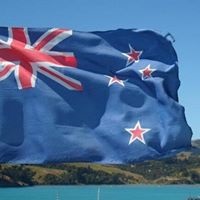 Jo Cotton
The fruit was originally called a Chinese gooseberry, but was changed to kiwi fruit for marketing purposes, because we grow and export so many of them in New Zealand. The kiwi bird as pictured is only found in New Zealand. New Zealanders are also known as Kiwis, we call ourselves Kiwis and a lot of countries refer to us as Kiwis. Steven Cichacki
nope the question was about the bird, you&#39;d have known that had you looked at the picture below the question.. But I think you already knew that and your &quot;facts&quot; are merely for entertianment and trivia purposes. Jenna Fidler
Kiwi not kiwis. The Maori language does not have an S.

Carroll Price
Kiwi is good shoe polish too, I want you to know. Steve Tingle
The bird with the shortest bill - yes really, the official length of a bird&#39;s bill is from the tip to the nostrils, but the Kiwi&#39;s nostrils are almost at the tip (so it can find food by scent by sticking the bill into the leaf litter) unlike most birds where the nostril is at the head end!

Player mele fataaikitama
robert karel, hello no that was an apple Micheline Ratcliffe
I&#39;m from Australia so the correct response was not an issue. The use of the &quot;nickname&quot; Kiwi for the fruit and the residents is simply a derivative of the bird name Kiwi.

mamaduck50
I thought they asking about the fruit. Bull**** question😠

Nathan
Easy one being a rugby player! That’s for sure.. there is a rugby wear brand, Canterbury of New Zealand, which the logo is 3 kiwis. Also the people of New Zealand are often called kiwis

teresab
New Zealand rebranded the Chinese gooseberry to kiwifruit so that the world could identify the fruit with NZ, some of the population don&#39;t mind being called kiwis. It always seemed strange to want to be associated with such a curious flightless bird. The problem with the kiwifruit was that NZ in its usual wisdom exported the kiwi vines to other countries and showed them how to grow the fruit, cutting off or minimising yet another source of export dollars. Back to the kiwi (bird), how long does the baby kiwi take to hatch out of its shell once the egg is laid?

namiphi
No never seen one

gkelly
&#128518; &#128518; LOL!!! I thought it/they were referring to the fruit, which was brought to New Zealand from China and the turn of the(previous)century. I thought the answer was wrong BC while the fruit is from New Zealand it originated in China. All along they meant the animal. SO GLAD they&#39;re FROM New Zealand, TOO!!☺

Scott
I&#39;m a Kiwi. Live in Mt. Maunganui in the heart of Kiwi country, The Bay of Plenty. Love it here!

Irene Townsend
Steve McVey, The term Kiwifruit originated in the sixties and were called Chinese gooseberries. The New Zealand growers change the name for marketing purposes to Kiwifruit. Has nothing to do with America Kenney Devey
Also, we eat a lot of it, I have a cabin in the Coromandels, North Island and many Kiwi orchards around. On the road side in the season we can buy them in bags or 12 outside an orchards for couple dollars. New Zealand are a great grower of Advacados. One of the healthiest fruits in the world.

Kenney Devey
Oh, and the NZ Kiwi Fruit that is grown in NZ has a new twin brother or sister. They call it Gold Kiwi Fruit. It is not as sower as the Green kiwi. Very nice taste. Sweet. Quite a few countries grow them now, Peru, USA California. China, Australia. But not the same taste as the NZ kiwi fruit.

Kenney Devey
Yep, I am a Kiwi. Oh and what Carrol Price said, a polish. Kiwi was the brand name on the tin of the English made shoe polish.
Author:
pdfcampbell
Writer