Where is Diego Garcia located?

Diego Garcia is an atoll located south of the equator in the central Indian Ocean. Diego Garcia is the largest of the 60 small islands comprising the Chagos Archipelago. Diego Garcia was settled by the French in the 1790s and was transferred to British rule after the Napoleonic Wars. It was one of the "Dependencies" of the British Colony of Mauritius until it was detached for inclusion in the newly created British Indian Ocean Territory (BIOT) in 1965. Between 1968 and 1973, the population of the BIOT was removed to Mauritius and The Seychelles, following which the United States built a large naval and military base on Diego Garcia, which has been in continuous operation ever since. As of March 2015, Diego Garcia is the only inhabited island of the BIOT; the population is composed of military personnel and supporting contractors.

The atoll is located 3,535 km (2,197 mi) east of Tanzania's coast, 1,796 km (1,116 mi) south-southwest of the southern tip of India (at Kanyakumari) and 4,723 km (2,935 mi) west-northwest of the west coast of Australia (at Cape Range National Park, Western Australia). Diego Garcia lies at the southernmost tip of the Chagos-Laccadive Ridge, a vast submarine mountain range, top of coral reefs, atolls, and islands comprising Lakshadweep. 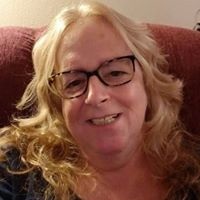 Mr.LaFaye
I spent some time there in 1980 after spending 3 and a half months off of Iran during the hostage crisis....

Joe Mangan
Oh my goodness. The piece from Wikipedia on Diego Garcia which I posted is being downvoted. Does it contain factual inaccuracies? I am sure most people here would want not just downvotes but a citing of all and any untruths in the post. Over to you, downvoters.

robert karel
I was thinking he’s at home with Mrs. Garcia!

Carroll Price
Lynne Zeman, I agree. I believe it was discovered and named by Spanish explorers , long before England or France established colonies in the area.

Joe Mangan
From Wikipedia: &quot;Between 1968 and 1973, the population was forcibly removed by the United Kingdom and the United States to establish an American base through intimidation of locals and denying the return of any who left the island.[3] Many were deported to Mauritius and the Seychelles, following which the United States built a large naval and military base, which has been in continuous operation since then.[3]&quot;

Peggy Tinsley
Larry Cooper, me to in year 1991 with the lummus and the bobo

Karen Mulhollem
Hubby was not a SEABEE but he has broad knowledge and loves History and Geography! Larry Cooper
Gene Payne, I spent 8 months there as part of the Maritime Prepositioning Force.