Where is Mount Rushmore?

The Mount Rushmore National Memorial is a sculpture carved into the granite face of Mount Rushmore near Keystone, South Dakota, in the United States. The mountain itself was originally named after Charles E. Rushmore, a New York lawyer investigating mining claims in the Black Hills in 1885. Sculpted by Danish-American Gutzon Borglum and his son, Lincoln Borglum, Mount Rushmore features 60-foot (18 m) sculptures of the heads of four United States presidents: George Washington (1732–1799), Thomas Jefferson (1743–1826), Theodore Roosevelt (1858–1919), and Abraham Lincoln (1809–1865). Denise Saunders
If anyone ever goes to see this amazing display of art and history, be sure to see the current sculpture of Crazy Horse that is being created.

Jim Kepler
Used to be Native American land that we gave them in a treaty, until we decided it had gold. “One nation under god with liberty and justice for all.” Think about that cathie
Shirley Campbell, Are you traveling across the country?

Shirley Campbell
That is on my bucket list, to see Mount Rushmore. I hope to go when we go see my husband&#39;s family in New York and North Carolina.

Shirley Dutt
Been there. Wonderful place to visit. It&#39;s a national memorial to veterans and active military members.

ldross
I had better answered correctly, I live about 30 miles from Mt Rushmore. Inspiring place to see at any time of the year. Yes, D Saunders, Crazy Horse is a must see! June and end of September is great time to visit and participate in the Volksmarch up the mountain.

Laura Lunardini Wilson
Have been there! Better know it! 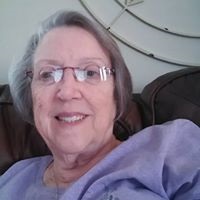 John W Shreve
Denise Saunders, And the snake pit is great too.

filmnut
Been there, done that, got the miniature key chain. I collected all kinds of “chotskies”

Joseph A. Robitaille
We have visited this place and really liked it.
Author:
traceyjackson
Writer