Where is 'Propaganda Village' located?

'Kijŏngdong' is a village in North Korea's half of the Korean Demilitarized Zone (DMZ). It has been widely referred to as 'Propaganda Village' by those outside North Korea, especially in South Korean and Western media. This village is one of two villages permitted to remain in the four-km-wide (2.5 mi) DMZ set up under the armistice ending the Korean War.

According to the North Korean government, the village has a collective farm that is run and maintained by 200 local families. According to South Korea, the town is an uninhabited village which was established during the 1950's in a seeming attempt of using propaganda skills and efforts to encourage pro-North Korean defection from people in South Korea. In essence, it is a facade.

'Propaganda Village' features a number of brightly-painted multi-story buildings and low-rise apartments with almost all structures there apparently wired for and provided with electricity. The windows do not even have glass. Massive loudspeakers mounted on several of the buildings deliver propaganda broadcasts directed towards the South.

From 2004 to 2016, North and South agreed to end their loudspeaker broadcasts at each other. The broadcasts resumed in 2016 due to escalating tensions as a result of the January 2016 nuclear test. Marsha Randolph
I would have guessed Washington DC!! Matthew Roen
Ferdinand Wolfe, same. Stationed at Camp Greaves, which I heard was returned to S Korea control shortly after I left.

tinaloflin
viper, Bernie Sanders is s socialist, not a communist. And I like many of his ideas. The only rub is paying for them. That&#39;s got to be dealt with first.

tinaloflin
Feh. The Kims would do that. They&#39;re not known for kindness to their own people. Not at all.

viper
Joanie it will be the white house if you people elect a commie like Bernie. 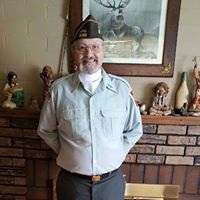 Kenneth Holt
I was stationed at Pan Mun Jom and I remember the Loud speaker broadcasts very well.

Lisa
Looked at the picture... the tops of the buildings/ the roofs reminded me of Chinese or Japanese buildings.. took a guess and voila I got it right!

Donna Smith
I missed it

dsneed
Captain Bob III, This is the first time i am willing to let you slide. Thank you. Dianne

dsneed
I am too confused
Author:
ALPHA
Writer