Where is the headquarters of the Asian Athletics Association located?

The Asian Athletics Association is the continental governing body for the sport of athletics in Asia. It is headquartered in Singapore. It organises the Asian Championships in Athletics and other continental competitions.

As of 2021 it has 45 national member associations. 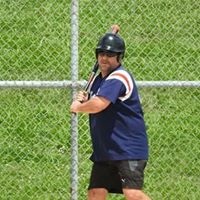 Glenn Weggery
Francie Carlson, actually both Antalya and Tel Aviv are in Asia, in Turkey and Israel respectively, both of which are part of the Asian continent. manasphal
Too easy! The other answer choices were cities in Asia but actually both Antalya and Tel Aviv are in Asia, in Turkey and Israel respectively, both of which are part of the Asian continent.

Chris Brown
So easy. It&#39;s the only one on the list that is an Asian country.

Irene Townsend
Terry Masterson, These questions were written much earlier and things around the world change, but the trivia don&#39;t do anything to up date them and just repeat them as first written.

Irene Townsend
Glenn Weggery, You are right, I just found that out recently and must admit I didn&#39;t believe it at first, amazingly it&#39;s true.

Larry Jones
What exactly is the &quot;sport of athletics?&quot; That is not one with which I am familiar.

Player
Weggery, Turkey, like Russia, despite being mostly in Asia is considered European.