Where was Albert Einstein born?

Albert Einstein (14 March 1879 – 18 April 1955) was a German-born theoretical physicist who developed the theory of relativity, one of the two pillars of modern physics (alongside quantum mechanics). His work is also known for its influence on the philosophy of science. He is best known to the general public for his mass–energy equivalence formula E=mc2 which has been dubbed "the world's most famous equation". He received the 1921 Nobel Prize in Physics "for his services to theoretical physics, and especially for his discovery of the law of the photoelectric effect", a pivotal step in the development of quantum theory.

Albert Einstein was born in Ulm, in the Kingdom of Württemberg in the German Empire, on 14 March 1879. His parents were Hermann Einstein, a salesman and engineer, and Pauline Koch. In 1880, the family moved to Munich, where Einstein's father and his uncle Jakob founded Elektrotechnische Fabrik J. Einstein & Cie, a company that manufactured electrical equipment based on direct current.

The Einsteins were non-observant Ashkenazi Jews, and Albert attended a Catholic elementary school in Munich, from the age of 5, for three years. At the age of 8, he was transferred to the Luitpold Gymnasium (now known as the Albert Einstein Gymnasium), where he received advanced primary and secondary school education until he left the German Empire seven years later. Debbie Wright
It was in Ulm. My husband was stationed there in the &#39;70s and visited his grave. 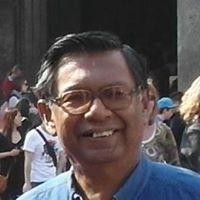 Mahendran Markandu
He left Germany after the Nazis came to power &amp; because of their anti-sematic policies.

sekrob
According to the account of the answer, Einstein left &quot;the German empire&quot; in 1894 but I understand that he left Germany in 1932 or 1935 -not sure- because of the Nazis 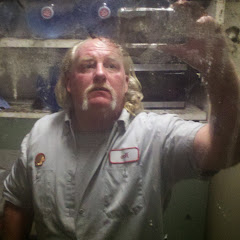 IAMTOPWRENCH1
Richard Perkins, A “LibTard”, no less. From San Francisco .

kofmana
Richard Perkins, Not only German scientists. There were scientists also from Hungary. All of them were Jews. Laurette Pearlman
He was asked if he wanted to be the first president of the newl State of Israel in 1948 but turned it down.

Tal Segal
Debbie Wright, Einstein&#39;s tomb is NOT in Germany. He was cremated, ashes scattered, around the grounds of the Institute for Advanced Study, Princeton, New Jersey, USA Francie Traschen
He left germany bcs...? Left something out there, didn&#39;t you? The Nazis.

Richard Perkins
Howard Groopman, Finally he asks for someone with below-average intelligence. The host brings out a Democrat.
Author:
brian l
Writer