Where was Aristotle born?

Aristotle was a Greek philosopher and scientist born in the city of Stagira, Chalkidice, on the northern periphery of Classical Greece. His father, Nicomachus, died when Aristotle was a child, whereafter Proxenus of Atarneus became his guardian.

Aristotle's contribution to science of all times can't be overestimated. He shaped the views of medieval scholars, whose influence extended into the age of Renaissance. These beliefs were finally changed only under the Enlightment. Aristotle was actually one of the first scientists to study logic, which laid the groundwork for the modern formal logic, appeared during the last years of the 19th century.

George Oliver Prince
He also happened to be Alexander the Great&#39;s teacher

Linda Shaw
Coral Harvey, me too, I do it all the time

Coral Harvey
I second guessed myself , must learn to go with my instincts !

Joseph A. Robitaille
Another miss.

EIFEL
That Would be really sad not known this I remembered the history classes I took in Europe ....

Bill Coe
William Laughlin I&#39;m happpy you figured out what she was saying. Because I still don&#39;t get it.

DannyBoy
William Laughlin Education has nothing to do with luck, huh? lol

William Laughlin
That makes no sense. Only the correct answer is there for a reason: because it is the right answer. The others are present because the quiz is multiple choice and myriad choices would do: all incorrect. 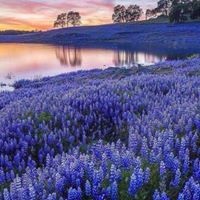 Genevieve Ruiz
Just took an educated guess. Why else would that one be there.
Author:
JAIME ALZATE
Writer