Sharon Vonne Stone (born March 10, 1958) is an American actor, producer, and former fashion model. After modelling in television commercials and print advertisements, she made her film debut as an extra in Woody Allen's comedy-drama Stardust Memories (1980). Her first speaking part was in Wes Craven's horror film Deadly Blessing (1981), and throughout the 1980s, Stone went on to appear in films such as Irreconcilable Differences (1984), King Solomon's Mines (1985), Cold Steel (1987), Action Jackson (1988), and Above the Law (1988). She found mainstream prominence with her part in Paul Verhoeven's action film Total Recall (1990).

lynnann
Sad that she is ashamed where she grew up. She is from my alma mater. Go Saegertown panthers

usha
Chose the popular one Alan B Mitchell
She&#39;s gorgeous but she looks different in every picture!

Darlene Davidson
I remember her best in Casino.

dsneed
Took a moment but I got it. Yay me. 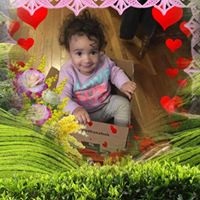 Priscilla DeSpain
I thought I had liked on Sharon Stone. Oh well.😳

docluci
Recognized her from her film, Basic Instinct, never from how sexy she acted to truly psychotic!!!!!

Richard G Schwartz
Knew it was not the other 3.

jack patti go
Got it correct!