Alicia Christian "Jodie" Foster (born November 19, 1962) is an American actress, director, and producer. She has received two Academy Awards, three British Academy Film Awards, two Golden Globe Awards, and the Cecil B. DeMille Award. For her work as a director, she has been nominated for a Primetime Emmy Award.

Foster began her professional career as a child model when she was three years old, and she made her acting debut in 1968 in the television sitcom Mayberry R.F.D. In the late 1960s and early 1970s, she worked in several television series and made her film debut with Disney's Napoleon and Samantha (1972).

After attending college at Yale, Foster struggled to transition into adult roles until she gained critical acclaim for playing a rape survivor in the legal drama The Accused (1988), for which she won the Academy Award for Best Actress. She won her second Academy Award three years later for the psychological horror The Silence of the Lambs (1991), in which she portrayed Clarice Starling. Foster made her debut as a film director the same year with Little Man Tate, and founded her own production company, Egg Pictures, in 1992.

silrem
TAXI Driver should have been mentioned as fame making hit Michele Barnett
She was awesome in the little-known movie &quot;Nell&quot; with Liam Neeson.

Richard G Schwartz
She was the child model that was used for Coppertone.

Joseph A. Robitaille
A good picture of Jodie Foster. Charli Robinson
I loved her in Only the Brave (I think that&#39;s the correct name). She&#39;s a vigilante, cop figures it out, helps her AND she gets her dog back!

Jaminator
Kodi06, She was a Director of some Episodes.

Jaminator
It is tragic that women characters are so rarely well written into scripts. Jodie Foster has the acting abilities to entertain like few others. Scripts have also fallen into the worst category in the aspect of originality. Anymore it is a remake of a classic or the third remake of a classic! Women can be heroes too! 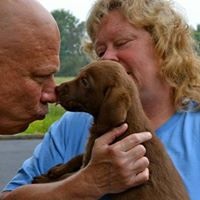 Vickie Wade
John Kirkwood-Avila, oh the humanity!! How will we ever survive? Nimrod.

Vickie Wade
Kodi06, that&#39;s because she was behind the camera (Director)

Char
Michael Doherty, I guess after deeper thought I understand.. It all interconnects though she had nothing to do with it.

Corey Taylor
lorriefiel, The guy was also fixates on the recently-murdered John Lennon.

Corey Taylor
silrem, NTM no mention of her successful films like &quot;Maverick&quot;, &quot;Panic Room&quot;, and &quot;Flightplan&quot;. Mentioning those would display her range a little better!

jeff barker
Kodi06, it said she directed some episodes

lorriefiel
Michael Doherty, why do you think of John Lennon when you see her? John Hinckley, Jr., who was fixated on her, shot Reagan.