Which actress is in this photo?

Marilyn Pauline "Kim" Novak (born February 13, 1933) is a retired American film and television actress. Novak began her film career in 1954 after signing with Columbia Pictures, starring in numerous movies. She later starred in 'The Man with the Golden Arm' (1955) and is widely known for her performance as Madeline Elster/Judy Barton in Alfred Hitchcock's thriller 'Vertigo' (1958) with James Stewart.

Novak enjoyed box-office success and starred opposite several prominent leading men of the era, including Fred MacMurray, William Holden, Frank Sinatra, Tyrone Power, Kirk Douglas, and Laurence Harvey. Although still only in her mid-30s, Novak withdrew from acting in 1966 and has only sporadically worked in films since.

In 1991, she permanently retired from acting, saying she had no desire to return. Her contributions to cinema have been honored with two Golden Globe Awards, an Honorary Golden Bear Award, and a star on the Hollywood Walk of Fame.

In 2006, Novak was injured in a horse-riding accident. She suffered a punctured lung, broken ribs, and nerve damage, but made a full recovery within a year.

Novak continues her creative endeavors today as a photographer, poet, and visual artist who paints in watercolor, oil, and pastel. Her paintings are impressionistic and surrealistic.

Irma Rivera
Who can forget that beautiful face???

Char
Finally I got one

Criona Walsh
Knew it wasn&#39;t any of the other three 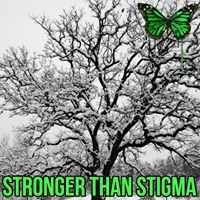 Cora Jeske
Lynne Zeman, I love Bell, Book &amp; Candle so much I have it on DVD.

Marcella Kosse
Said her name as her picture came up and before the choices came up. I love it when that happens.

hector tubens
Knew it based on process of elimination. 😎

filmnut
One of her best films was “Vertigo” with Jimi Stewart. Also one of Hitchcock’s best. It’s also one of my favorites. Keepthos film questions coming.

Len Gassmann
She was beautiful and from Chicago.

BONEDR50
Those beautiful eyes gave this one away.
Author:
ALPHA
Writer