Which airport in the US has the largest total land area?

Deb King Johnston
What fun would that be? The point is to see what you know NOT what anyone can Google

tdelisi
Hmmm. You do know that the point of this quiz site is to test knowledge not the method to do research. 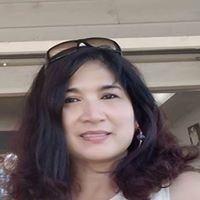 Liza Dela Rosa Digdigan
Why is it called a quiz if you refer to Google for answers? It&#39;s either I guess or I really know this one. My guess is wrong then I learned !

Eric Leif Peters
A huge boondoggle since before it opened.

kamaker
I saw this somewhere about mass but answer wasn&#39;t Denver Beto Ponce
Congratulations to the people with the courage to reveal did not have the correct answer (in this and every applicable question)...

Lynne Zeman
Stephen, the reason why a different airport was used in the photo is a no brainer. A nuetral picture is needed so the voting is not skewed.

Chrissy Krainock Luders
Been there many times. I believe it’s because of the NORAD and many government agencies in Colorado. Could be some underground stuff going on there. Stephen Blakely
This photo is a photo of Dulles Airport - one of the three metro WDC airports. There is no way to answer this question correctly.

Carol Focht Cheney
The photo is of Dulles Airport.

ninakamwene
Got it because I have been there. I had no idea that 4 other airports could fit in there. A fun learning trivia. Thank you.

kahayduk
According to Wikipedia largest by area, as of 2016, is Atlanta. Anita Lancaster
Lived there when the built it and closed Stapleton. Flew in and out of both many many times. 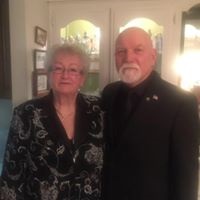 Carole Atteberry
Had to get ALL the way across Denver AP to my connecting plane, after sitting in the first plane for what seemed forEVER waiting for GWB to move Air Force One. Miserable day. Richard Anderson
Been there many times. It&#39;s also pretty far out of the city as well.
Author:
FAJK
Writer