Which American singing group was formed at the Philadelphia High School for the Creative and Performing Arts?

The American singing group that was formed at the Philadelphia High School for the Creative and Performing Arts is "Boyz II Men". As an American R&B vocal group from the Philadelphia, Pennsylvania area, the group has been best known for emotional ballads and some great harmonies (a cappella, singing without instrumental accompaniment). Their tremulous songs are part of some of the biggest pop hits of the 1990s.

In the early and mid-‘90s, "Boyz II Men" clearly enjoyed a great deal of success in the music industry. Their first three albums: 1991’s 'Cooleyhighharmony', 1994’s 'II', and 1997’s 'Evolution' all went platinum. The group seemed to produce hit after hit, especially using the sound of their exceptional voices. At that point in time, the group had four members. They were Nathan Morris, Wanya Morris, Michael McCary, and Shawn Stockman. Since 2003, the crew has only had three members (Nathan Morris, Wanya Morris and Shawn Stockman). Officially, McCary has said that a severe case of scoliosis is his reason for leaving the group. The other three say that he also didn't like rehearsals or any of the nitty-gritty stuff that is part of being a top music act.

"Boyz II Men" in 2019 continues to perform worldwide, as a trio. Their most recent studio album, 'Under The Streetlight', was released in 2017. This group remains a very big name in a cappella and R&B. 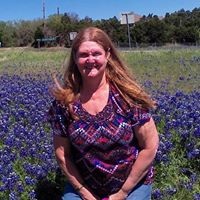 DiAnna Tolle Greer
I looked the answer up, Google said it was the Roots. Someone is wrong.

Kenneth Bradley
This question has two answers. Had to guess which group would be the correct answer.

Jaminator
Since they are still performing, have they considered renaming them selves, &quot;Men To Fogeys?&quot;

earlepg
The only group that I knew to sing.

Shirley Dutt
Way too young for me to guess correctly.

dsneed
tesla alset, Tesla, my dear, why so terse?

dsneed
Nice guess on my part. Yay me.

docluci
Don’t know anything about popular music an used a hint to get the correct answer!!!!! Interring story about this group.

John W Shreve
silrem, I went with Roots because I didn&#39;t carefully read the question. You are observant.