"Readymades" were found objects which Duchamp chose and presented as art. In 1913, Duchamp installed a Bicycle Wheel in his studio. However, the idea of Readymades did not fully develop until 1915. The idea was to question the very notion of Art, and the adoration of art, which Duchamp found "unnecessary".

"My idea was to choose an object that wouldn't attract me, either by its beauty or by its ugliness. To find a point of indifference in my looking at it, you see."

Bottle Rack (1914), a bottle drying rack signed by Duchamp, is considered to be the first "pure" readymade. Prelude to a Broken Arm (1915), a snow shovel, also called In Advance of the Broken Arm, followed soon after. His Fountain, a urinal signed with the pseudonym "R. Mutt", shocked the art world in 1917. Fountain was selected in 2004 as "the most influential artwork of the 20th century" by 500 renowned artists and historians.

Andrew King
They wernt paintings, they were readymade objects displayed as art, seriously who passes these questions, so wrong.

illonabird
Darlene Davidson, I am definitely in the wrong business.

Kat
Andrew King, unless they changed the answer since your comment, I don&#39;t see any reference to these as paintings, which was, of course, the point. 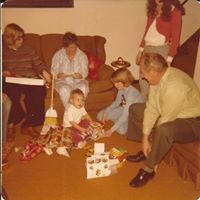 Karen Kellerman
I guess beauty is in the eye of the beholder.

Richard G Schwartz
A urinal found to be the mosy influential art work of the 20th century? And i thought my standards were low. Pat Delzell
The Delzell Principle of Art: &quot;Whoever does it first gets to call it art.&quot;

Kathryn Cavanagh
I find his sense of humour, or the ridiculous, rather funny, this has given me a good chuckle. Very hard to be serious about some things called[ loosely] art. Have had much difficulty ever since the &quot;Blue Poles&quot; thing was sold for so much money as to be almost criminal.

Carl Belken
Another one that I&#39;m surprised made it out of review.

Darlene Davidson
And now we have a banana mounted on the wall with silver duct tape that sold for $120,000.
Author:
brian l
Writer