Which bird can mimic any sound in their environment?

Mockingbirds are a group of 'New World passerine' birds from the family 'Mimidae'. They are best known for the habit of some species mimicking the songs of other birds and the sounds of insects and amphibians, often loudly and in rapid succession.

Although some birds learn their species’ song during their first year of life, others, including mockingbirds, continue adding to their repertoire as they grow older. Northern Mockingbirds can learn as many as 200 songs, and often mimic sounds in their environment including other birds, car alarms, and creaky gates. One theory is that if a female prefers males who sing more songs, a male can top his rivals by quickly adding to his repertoire some of the sounds around him.

Possessing a diverse assortment of songs may indicate he is an older male with proven longevity and survival skills–good traits to pass on to offspring. An older male may also be more experienced in raising young or may have access to better resources. According to one study on the Edwards Plateau in Texas in the U.S., mockingbirds with the largest repertoires have the best territories, laden with foods such as insects, wild grapes, and persimmons.

Craig Bowden
The magnificent lyrebird is also a fantastic mimic. 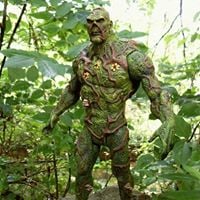 Darrell Bentley
Ravens can and do mimic ALL sounds. Mockingbirds mimic other birds.

Patty K
I remember hearing the phrase &quot;It is a sin to kill a mockingbird&quot; when I was young. Probably because all they do is make pretty music, even if they are copying others

klmilles
Local mockingbirds still imitate my long deceased cockatiel, Imp. It is always sad, and simultaneously, heartening, to hear Imp singing in the garden 13 years after he died.

Mariah Hartberg
It should be Lyrebird, siren of Australia.

Kimberly Kennedy
Craig Bowden, 👍 I was just about to mention the incredible talent of the Lyrebird, until I saw you already had. They are amazing!

Player
Kimberly Kennedy, same here. They do a fantastic chainsaw

Trudy Gourlay
The raven is also a great mimic.

Jerry Edwards
Armadillo, You wouldn&#39;t like them if you spent time and effort trying to compile a question and putting a comma instead of a semi-colon, and your hard work being rejected at review! Oh hang on... You haven&#39;t compiled any questions yet. Or is it that you have tried and the grammar police have rejected your attempts?&#128518;&#128518;

Mic Fenst
Have to dislike this one. Raven is also a viable answer.

mainjim
I can just hear the song by James Taylor and Carly Simon now in the background!

fdeisner
I thought it was the Mockingjay (Hunger Games) 😄

Pat Wells
I hear a Mockingbird making Ash-throated Flycatcher sounds every day. They are masters of replicating other birds&#39; songs and calls.

Barry Crews
In Australia, the Lyrebird is known for their repertoire, including such things as the sound of an axe chopping into a tree

Giuliana Gatta
Hence the famous novel, “To kill a Mockingbird “

Patty K
klmilles, thank you! I love the book, but I haven&#39;t read it for so long I forgot.

Larry Hughes
Used to be one behind my grandfathers house, it learned to mimic the sound of the squeaky breaks on his pickup.

klmilles
Patty K, Well, Atticus Finch said this to Scout. They only &quot;sing their hearts out for us.&quot;

Kimberly Kennedy
Louella Wilson, I had forgotten the camera shutters. They are just mind boggling to listen to.

Kimberly Kennedy
Player, I know, it is dead on. Have you heard their cell phone rings?