Which game is in the picture?

Jenga is a game of physical skill created by British board game designer and author Leslie Scott, and currently marketed by Hasbro. Players take turns removing one block at a time from a tower constructed of 54 blocks. Each block removed is then placed on top of the tower, creating a progressively taller, and more unstable, structure.

Jenga was created by Leslie Scott, the co-founder of Oxford Games Ltd, based on a game that evolved within her family in the early 1970s using children's wooden building blocks the family purchased from a sawmill in Takoradi, Ghana. The name jenga is derived from kujenga, a Swahili word which means "to build". A British national, Scott was born in Tanganyika, where she was raised speaking English and Swahili, before moving to live in Ghana, West Africa. Scott launched the game she named and trademarked as "Jenga" at the London Toy Fair in January 1983 and sold it through her own company, Leslie Scott Associates. The blocks of the first sets of Jenga were manufactured for Scott by the Camphill Village Trust in Botton, Yorkshire. The V&A Museum of Childhood has exhibited one of the original sets of Jenga since 1982.

Vince Savage
Options made it easy Potential paul
Who knew Yorkshire mine and gods favourite county 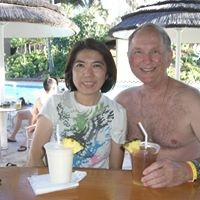 Jon Woolery
I knew the answer because a month or so ago I missed it in the London Times’ Daily Quiz. Cheryl McMeekin
Have the game, enjoy playing it. Vennela Rani
We use to play it

Char
tesla alset, yes it is

Char
Got it by deduction