This breed is considered small; 10–13 lb (4.5–5.9 kg). At first look, the Hairless and Powderpuff varieties of Chinese Crested Dogs appear to be two different breeds, but hairlessness is an incomplete dominant trait within a single breed. The Hairless has soft, human-like skin, as well as tufts of fur on its paws ("socks") and tail ("plume") and long, flowing hair on its head ("crest").

Maintenance of the Hairless variety's skin is similar to maintaining human skin. Burning can occur in regions that are subject to strong UV radiation, especially in lighter-skinned dogs. Many owners apply baby sunscreen to their pets before spending time in strong sun.

Although hairless dogs have been found in many places in the world, it is unlikely that the origins of the modern Chinese Crested Dog are in China. The breed was believed by some to have originated in Africa and was called the African Hairless Terrier in several 19th century texts.

The current name of the breed likely comes from their use on Chinese ships as ratters. They are also believed to have been bred as a companion for people living with an intellectual disability and as such can remain healthy with little exercise.

Craig Bowden
Saw one in Whitley Bay. Poor thing was shivering with the cold.

Mr.LaFaye
Frank Cowell, I bet someone thinks your hideous too.

teresab
Why is this dog question in the Sports section of he experts quiz??? Galen Paton
4 dog questions for sports? Having a dog is not a sport.

Onzlo
Why have dog breeds in sports questions, what a load of crap. By the way I&#39;ve seen rats that look more like a dog than that Janine Dunkel
Saw a pair at a dog show that looked for all the world like two teeny tiny Clydesdales! 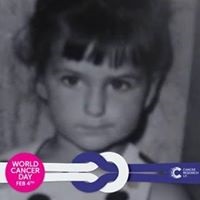 Sally Downie
Glen William Gordon, It&#39;s your choice as to whether you answer a question of not, you can choose to change the Question of be a grown up and just pass on it!! Mike Reidy
God damn ugly one, that’s for sure!