The Borzoi, also called the Russian wolfhound is a breed of domestic dog. Descended from dogs brought to Russia from central Asian countries, it is similar in shape to a greyhound, and is also a member of the sighthound family. The Borzoi originated in 17th Century Russia by crossing Arabian greyhounds with a thick-coated breed.

The system by which Russians over the ages named their sighthounds was a series of descriptive terms, not actual names. Borzói is the masculine singular form of an archaic Russian adjective that means "fast".

The Borzoi is an athletic and independent breed of dog. Most Borzois are fairly quiet, barking on rare occasions. They do not have strong territorial drives and cannot be relied on to raise the alarm upon sighting a human intruder. The Borzoi requires patient, experienced handling.

They are gentle and highly sensitive dogs with a natural respect for humans, and as adults they are decorative couch potatoes with remarkably gracious house manners.

A common misunderstanding about the intelligence of breeds in the Hound group stems from their independent nature, which conflicts with the frequent confusion between the concepts of "intelligence" and "obedience" in discussions of canine brainpower.

Wendy Petersen
Finally, a sensible comment regarding the &quot;intelligence&quot; of the sighthound breeds: Afghans, Azawakhs, Basenjis, Borzois, Greyhounds, Ibizan Hounds, Irish Wolfhounds, Pharaoh Hounds, Salukis, Slougis, Scottish Deerhounds and Whippets, to name but a few, were used since time immemorial to hunt independently. They are extremely bright and think for themselves which provides a challenge to humans.

Karen Riedel
Sorry guys, but I like the dog questions.

Char
Karen Riedel, so do I never seen this one before

Char
I got that as I had never seen one before by knowing it wasn&#39;t the other three. Pretty dog Galen Paton
Again, having a dog is not a sport. 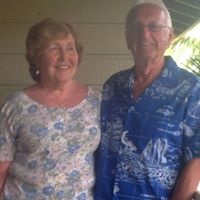 karen twirly
I love and know my dogs!

Brenda Hanneman Wallace
Process of elimination for me , as I knew the appearance of the other breeds .

Carol Fink Teitelbaum
Process of elimination, knew it wasn’t the other breeds!

buhlemann
The name, as this description says, is from an old term for &quot;fast&quot;; in Bulgarian is is Brzo, etc.

Clayton Dean Brannon
I got it right but I know the dog as a Russian Wolfhound. Had a friend who owned many of these dogs over her lifetime. They are the most laid back dogs I have ever been around.

stormejohn
Good thing that I knew what the other three breeds look like.
Author:
ALPHA
Writer