Which city is pictured?

Rio de Janeiro, or simply Rio, is the second-most populous city in Brazil and the sixth-most populous in the Americas. Part of the city has been designated as a World Heritage Site, named "Rio de Janeiro: Carioca Landscapes between the Mountain and the Sea", on 1 July 2012 as a Cultural Landscape.

Founded in 1565 by the Portuguese, the city was initially the seat of the Captaincy of Rio de Janeiro, a domain of the Portuguese Empire. In 1763, it became the capital of the State of Brazil, a state of the Portuguese Empire. In 1808, when the Portuguese Royal Court moved to Brazil, Rio de Janeiro became the seat of the court of Queen Maria I of Portugal. She subsequently, under the leadership of her son the prince regent João VI of Portugal, raised Brazil to the dignity of a kingdom, within the United Kingdom of Portugal, Brazil, and Algarves. Rio remained as the capital of the pluricontinental Lusitanian monarchy until 1822, when the War of Brazilian Independence began. Jeff Webster
Jesus gave it away.

John McLardie
God save us from Silly Lilly.

Helga U. Williams
I am surprised that the author did not mention the statue of Christ the Redeemer, which is the landmark of Rio De Janeiro! 🙄

Special Patrol Group
It is clearly obvious that Lilly does not get her questions reviewed. This is where Quizzclub lets themselves down. 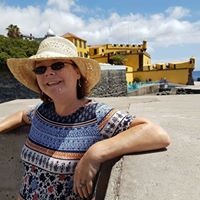 Jacinta Cannon
seriously is no one else posing questions??

Howard Groopman
Always wanted to see that statue up close.

anneli
John McLardie, No hope for that, unfortunately.

Pat Wells
Interesting that Christ the Redeemer presides over a city replete with poverty and crime. Some would say that having the statue overlook the city isn&#39;t working while others would say it would be worse without him.

jonbroberts
Don&#39;t like Rio. Way too much Crime and poverty.

Char
Christopher Neal Wigley, I saw the picture in a book as a child
Author:
Lilly Nicolson
Writer