Which color is shown in the given image?

The modern English word purple comes from the Old English 'purpul', which derives from Latin 'purpura', which, in turn, derives from the Greek 'πορφύρα'(porphura),the name of the Tyrian purple dye manufactured in classical antiquity from a mucus secreted by the spiny dye-murex snail. The first recorded use of the word 'purple' dates to the late 900s AD.

Purple is a mixture of blue and red and, thus, sits between the two in the color wheel. Its hex code is #A020F0. Purple has many variations, such as violet and amethyst, depending on the proportions of the two primary colors.

Richard D. Boyle
This one makes Lily seem like a trivia genius.

Pat Salloum
Why have people given the question &quot;thumbs up&quot; FIVE times?? Please tell me we won&#39;t soon have images of Blue, Green, Brown...

Shelley Welch Dunivan
This one definitely takes the prize! Barbara Bobbie DiNiscia
Did I accidentally get the pre-school quiz ?

Nicholas Miernicki
So now, I bet the NATO Phonetic Alphabet is starting to look good.

✨KRISTA✨
Great 😃 explanation but could have been a lot more creative with the question title.💜

Alicia Szot
On my screen, the color looked more fuchsia than purple. Some might see it as more pink, but a darker pink. But, I got it right.

Marcella Kosse
The color is actually red violet, but that is a shade of purple.

Patty K
What kind of question is this?! Besides, what if a person is color blind? I know the more common color-blindness has something to do with red and green, but still!

pamgspam
Did Lily change her name? 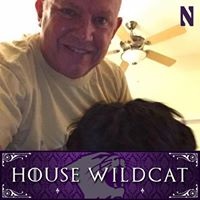 David Parker
Sumerians were the first culture to develop the color purple. They extracted a pigment from mollusks.

jerry aj
WTH??? This is just ridiculous!! Do we get to practice our shapes next?!

RCKCreatEnt
Wayne Todd, lots of competition, like how many wings does a butterfly have, what does a silkworm produce, what do you call a language no longer spoken

RCKCreatEnt
Iriss Blaine, if it got in MY REVIEW QUEUE, I sure as all heck would have clowned it &amp; dogged it out

M.C.F
Looks like a magenta leaning to the pink side so I can understand why people would say pink. I would associate a royal purple as a better example as this was the colour associated and only worn by royalty especially in ancient civilians, example ancient Egypt.

Glynis Rix
The info on the snail does contribute!!!!